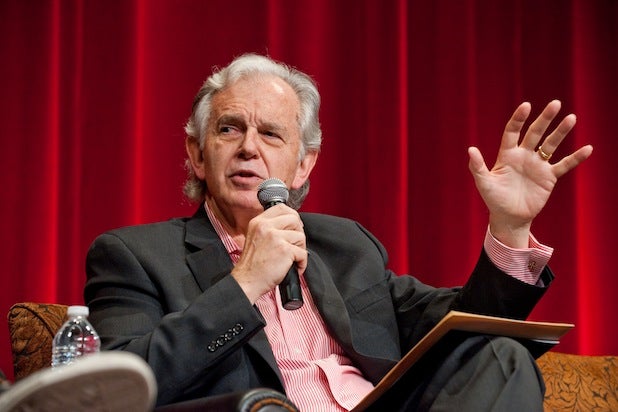 The year’s most surprising Oscar nomination, for the song “Alone Yet Not Alone,” has been rescinded by the Academy because of illegal lobbying by songwriter Bruce Broughton.

Broughton, a former governor of the Academy’s Music Branch and head of the branch’s executive committee for four years, emailed voters in the branch to bring attention to the song, the title track to a little-known Christian historical drama that played for one week in Encino but is not scheduled to open until this summer.

AMPAS campaign regulations prohibit both mailings and email that “extol[s] the merits of a film, an achievement or an individual.” They also state, “Contacting Academy members by telephone to promote a film or achievement is expressly forbidden.”

Also read: Why the Oscar Song Process Has Me Singing the Blues

In an interview with the Studio System News website that took place before the disqualification, Broughton explained his actions: “I wrote a letter to people that I personally knew and thought were a member of the branch to ask to them to look for the song, to be aware that there’s a song there. I didn’t ask anyone to vote for it, I just didn’t want the song to be bypassed … I had a definite eye on the Academy rules [and] was respectful of the conditions.”

After having his nomination rescinded, Broughton said in a statement, “I’m devastated.  I indulged in the simplest grassroots campaign and it went against me when the song started getting attention. I got taken down by competition that had months of promotion and advertising behind them. I simply asked people to find the song and consider it.”

But the Academy disagreed. “No matter how well-intentioned the communication, using one’s position as a former governor and current executive committee member to personally promote one’s own Oscar submission creates the appearance of an unfair advantage,” Academy president Cheryl Boone Isaacs said in a statement.

Also read: Remembering Tom Sherak: He Loved Hollywood and It Loved Him

“We never staged a party or wined and dined people,” the song’s lyricist, Dennis Spiegel, said in an email to TheWrap. “We simply asked people to listen to our song.”

None of the “competition” to which Broughton referred stood to gain significantly from the disqualification. The song had virtually no chance of winning, and the Academy is not naming a replacement nominee.

The nomination immediately raised a red flag inside and outside the music branch, with questions being raised about Broughton’s lobbying and about whether the film company obeyed Academy rules by advertising the film during its qualifying run. (The Academy reportedly ruled that a listing in the Laemmle theater chain’s ads was enough to meet the advertising requirement.)

Given the Academy’s decision not to replace “Alone Yet Not Alone” with the category’s sixth-place finisher, the field in the Best Original Song category will stand at four.

By contrast, when the Grammys disqualified the nominated Miley Cyrus song “The Climb” in 2010, they added the sixth-place song, Karen O’s “All Is Love,” to the list of nominees. And when the Academy’s Music Branch disqualified Nino Rota’s score to “The Godfather” after it was nominated in 1973, they gave its slot to John Addison’s “Sleuth,” which had finished sixth in the voting.