Sony Pictures is adding plenty more “Ghostbusters” to its production plans, announcing a new animated feature film based on the 80s sci-fi film series and revealing the upcoming sequel to last year’s “Ghostbusters: Afterlife” will take the franchise back to NYC.

The announcement was made on the Sony Pictures lot by “Ghostbusters: Afterlife” director Jason Reitman and his writing partner Gil Kenan Wednesday as part of “Ghostbusters Day,” a special event commemorating the anniversary of the original 1984 “Ghostbusters” release.

As teased by the post-credit sequence in “Afterlife,” the sequel will see the series return to the Ghostbusters’ original headquarters in a New York City firehouse, where Winston Zeddemore (Ernie Hudson) is seen driving the Ecto-1 back to its first home. The plot is still under wraps, so it is unclear whether the film will center more around the original Ghostbusters team minus the late Harold Ramis or around the young cast of “Afterlife” led by McKenna Grace with Finn Wolfhard and Logan Kim. 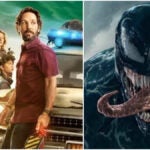 Also entering development is an animated “Ghostbusters” film from Sony Pictures Animation that will be unrelated to “Afterlife” and its sequel, with Jennifer Kluska and Chris Prynoski directing. The film will be developed alongside an animated Netflix series that Reitman and Kenan will be executive producers on.

The two feature film “Ghostbusters” projects will be the first done without the involvement of series creator Ivan Reitman, who died this past February at the age of 75. As part of Ghostbusters Day, a street on the Sony lot where Reitman’s Ghost Corps production company is located was renamed after him. Reitman served as a producer on the 2016 “Ghostbusters” reboot with an all-female cast as well as on “Afterlife,” which his son directed.

“Ghostbusters: Afterlife” was a modest box office success last November with $204 million grossed worldwide against a $75 million budget, but was part of a successful winter for Sony Pictures that was topped by “Spider-Man: No Way Home.” The expansion of the studio’s plans for “Ghostbusters” signals a move by Sony to build out more franchises beyond “Spider-Man” as it tries to keep its late 2021 box office momentum going. 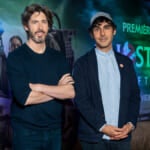 Also Read:
‘Ghostbusters’ Animated Series in the Works at Netflix From Jason Reitman and Gil Kenan