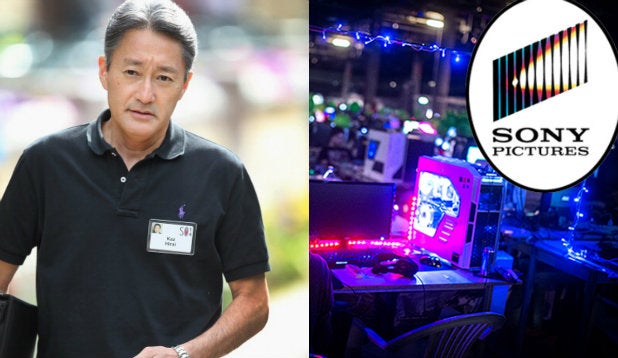 He thanked employees for their response to the crisis in a memo to staffers and cited their “resourcefulness and creativity.”

The studio was the target of a Nov. 24 cyber attack that U.S. officials have said the North Korean government orchestrated to block the release of the Seth Rogen-James Franco comedy “The Interview,” about the fictional assassination of its leader leader Kim Jong-un.

After shutting down the phone and computer systems at the studio, the hackers stole personal info on 47,000 current and former employees and made public business data and embarrassing emails from Sony executives.

The studio scrapped the nationwide release of “The Interview” after terror threats against theaters that played it, but later decided to release it online and in independent theaters.

Also Read: ‘The Interview’ Up to $31 Million from Online, VOD After Two Weeks

The R-rated film has taken in an unprecedented $31 million from online and video on demand and roughly $4 million from the box office since debuting on Christmas Day. But that still leaves it considerably short of the estimated $90 million the studio spent making and marketing the film.

As TheWrap previously reported, Hirai spoke publicly about the devastating hack for the first time on Monday at the Consumer Electronics Show in Las Vegas.

Below is the memo he sent to staffers in its entirety:

Welcome back from the holiday break and Happy New Year.

I recognize the events over the last several weeks have been extremely challenging for each of you, both personally and professionally. Your resourcefulness and creativity during this time have been truly extraordinary.

I talked about the Sony Pictures cyber-attack at our Consumer Electronics Show press conference in Las Vegas on Monday and wanted to share what I said with you.

I told the world how proud I am of all of the employees of Sony Pictures for standing up against the extortionist efforts of those criminals that attacked Sony Pictures. I know that many of you have worked tirelessly – in some cases 24 hours a day for days on end – both to help the studio recover and to bring /The Interview/ to audiences here in the United States and in Canada, across online venues, as well as in motion picture theaters across the United States and Canada.
__

I also thanked the partners who made this release possible, and the people who have viewed the movie in theaters or through various online venues.

Freedom of speech, freedom of expression, and freedom of association are the lifeblood of Sony and our entertainment businesses. Because of your efforts and those of our distribution partners, /The Interview/ is now available for audiences to enjoy through multiple online venues; through our satellite, telecom, and our cable partners; and, as the first of this month in more than 580 independent theaters.__

I look forward to Sony Pictures emerging from this experience stronger than ever.

I will be at the studio today and look forward to seeing and talking with some of you while I am there.