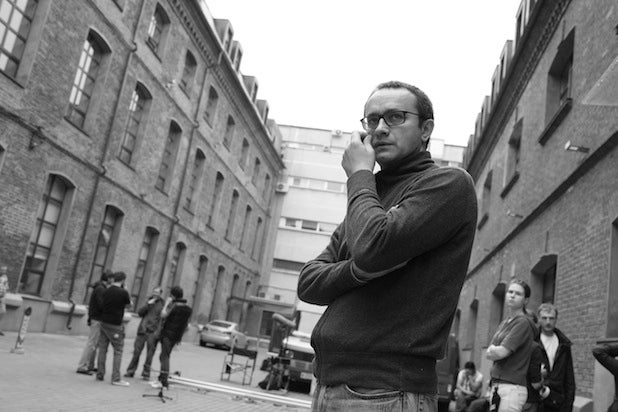 Sony Pictures Classics has bought North American rights to Russian director Andrey Zvyagintsev’s epic “Leviathan” on the eve of the Cannes Film Festival’s awards ceremony, where it is expected to be a strong contender for the Palme d’Or.

The deal was confirmed to TheWrap by SPC on Saturday.

“Leviathan” was the last of the 18 films in the main competition to premiere. A two-hour-and-20-minute chronicle of an auto repairman fighting to hang onto his business and his land in a remote village in northern Russia, the film drew immediate raves for director Zvyagintsev (pictured above), whose previous films include “Elena” and “The Return.”

“Elena” won the Grand Jury Prize at Cannes in the Un Certain Regard section in 2011.

Sony Classics came to Cannes with five different films: the main competition titles “Mr. Turner” and “Foxcatcher,” along with “Coming Home,” “Red Army” and “Whiplash.” Early in the festival, the company announced it had bought another main competition title, Damian Szifron’s “Wild Tales,” giving it more than 20 percent of the field heading into Saturday’s awards ceremonies.