Sony Pictures’ Tom Rothman has added CEO to his chairman title and has also extended his contract with the studio to continue oversight of the film division, the studio announced Wednesday.

“I am grateful to Yoshida-san and Tony for all of Sony’s steadfast support of the Motion Picture Group through these challenging times. And I thank all of my colleagues here in Culver City and around the world for their hard work and belief,” Rothman said. “Together, we have consistently made enduring cultural impact, and being a part of that is the greatest of all the many great privileges of this job in this era. I am a fortunate fellow indeed.” 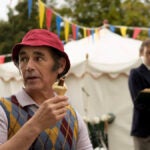 Vinciquerra added: “Tom has expertly led the dramatic turnaround of the Motion Picture Group during some of the most tumultuous years in our industry’s history. SPE’s record profits over the last three years are in large part due to Tom’s sharp eye for great content and ability to attract top talent. Our industry has never experienced the kinds of complex challenges we face today, and we know our film group is in very good hands with Tom at the helm.”

Rothman has led the film studio since 2015, where he oversaw a slate that included “Spider-Man: Far From Home,” the new “Jumanji” franchise, the “Hotel Transylvania” franchise, “Venom,” “Bad Boys,” “Don’t Breathe,” “Baby Driver,” “The Father” and “Spider-Man: Into the Spider-Verse.”

Rothman joined Sony Pictures in 2013 as chairman of TriStar Pictures before being promoted to chairman of Sony Pictures Motion Picture Group in February 2015. Before Sony, he served as chairman and CEO of Fox Filmed Entertainment from 2000 to 2012, and he held various positions at the studio including president of 20th Century Fox Film Group, president of production for 20th Century Fox and president of Fox Searchlight. Prior to Fox, he was president of worldwide production for Samuel Goldwyn Company, EVP at Columbia Pictures, and a partner at New York entertainment law firm Frankfurt, Kurnit, Klein and Selz.