When looking at the jobs of people who work in or around the entertainment industry, it’s easy to miss out on distinctions regarding who does what and why. Robert Altman famously noted that his idiosyncratic films often went against the grain of what studios wanted: “They sell shoes, and I make gloves.”

This month, there have been many on Film Twitter and elsewhere who seem not to understand that while film critics and Oscar-minded entertainment journalists both write about contemporary movies, the similarities end there. To extend Altman’s metaphor: Some people are reading the tea leaves of critics’ awards for clues about the Oscars, while critics are drinking coffee.

As a member of the Los Angeles Film Critics Association for more than 20 years, I can safely say that handicapping the Academy Awards is probably the last thing on our minds as we assemble each year to pick our own winners. If our tastes should happen to align with the Academy’s – over the past decade, both organizations chose “Spotlight,” “Moonlight,” and “Parasite” as the best picture of the year – well, that’s a fine coincidence. But at no time during my tenure has the group ever given an award in the hopes of boosting someone’s chances to walk the red carpet at the Dolby Theatre. 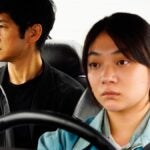 So when LAFCA, the New York Film Critics Circle and the National Society of Film Critics all gave the top prize to “Drive My Car” – Ryûsuke Hamaguchi’s gorgeous, contemplative, three-hour Japanese-language drama about love, loss, and Chekhov – it flummoxed those prognosticators who know that, outliers like “Parasite” notwithstanding, the Oscars tend to focus on upbeat, middlebrow studio product that’s in the English language.

Critics, say the awards journos, are being contrarian, ivory-tower snobs — or even (gasp!) globalists:

The critic-handicapper divide widened further when The New York Times ran a piece by Manohla Dargis and A.O Scott called “And the 2022 Oscar Nominees Should Be…” There’s nothing revolutionary about critics applying their personal choices to “Hollywood’s biggest night”; for years, Siskel & Ebert hosted an annual episode called “If We Picked the Oscars.”

Somehow, the fact that Dargis and Scott mentioned performances like Fabrizio Rongione in “Azor” and Toko Miura in, yes, “Drive My Car,” was treated by the internet’s awards-industrial complex as shots fired across the bow. Roger Friedman at Showbiz 411 called the list “ridiculously elitist” while Sasha Stone at Awards Daily groused on Twitter, “I hate when they do this. I hate it so much. They pretend like they are above the Oscars except that they are just as eager to rub up against them as anyone else.” 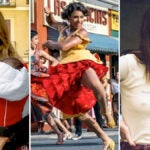 Phew. Let’s take a breath here. Based on my experience, critics tend to “rub up against” the Oscars for two reasons: 1) Years of hype and attention have turned the Academy Awards into the most well-known and talked-about annual barometer for quality and achievement in the film industry, and if critics want to borrow that spotlight to shine it on lesser-known but still-deserving films and performances, it’s a way to get readers interested. 2) Getting readers interested is the main job of most print and online editors, and they will very often tell the staff film critics, “Hey, write about the Oscars, even if you don’t care about the Oscars, because our readers do.” Which will often lead critics back to 1).

It’s not the job of critics’ groups to help Oscar handicappers. It’s not cultural snobbery to use the ballyhoo around the Academy Awards to elevate movies that the Academy Awards won’t touch with a 10-foot For Your Consideration ad. Once again, to be perfectly clear: Film critics and awards pundits have different jobs.

And as for anyone who thinks that great movies shouldn’t be praised by critics because those films don’t fit into the mold of an Oscar contender and won’t be part of the awards conversation, critic Chris Evangelista of /Film perhaps says it best: “If you approach movies this way, I have to say it again: [Y]ou don’t like movies. You like gambling.”