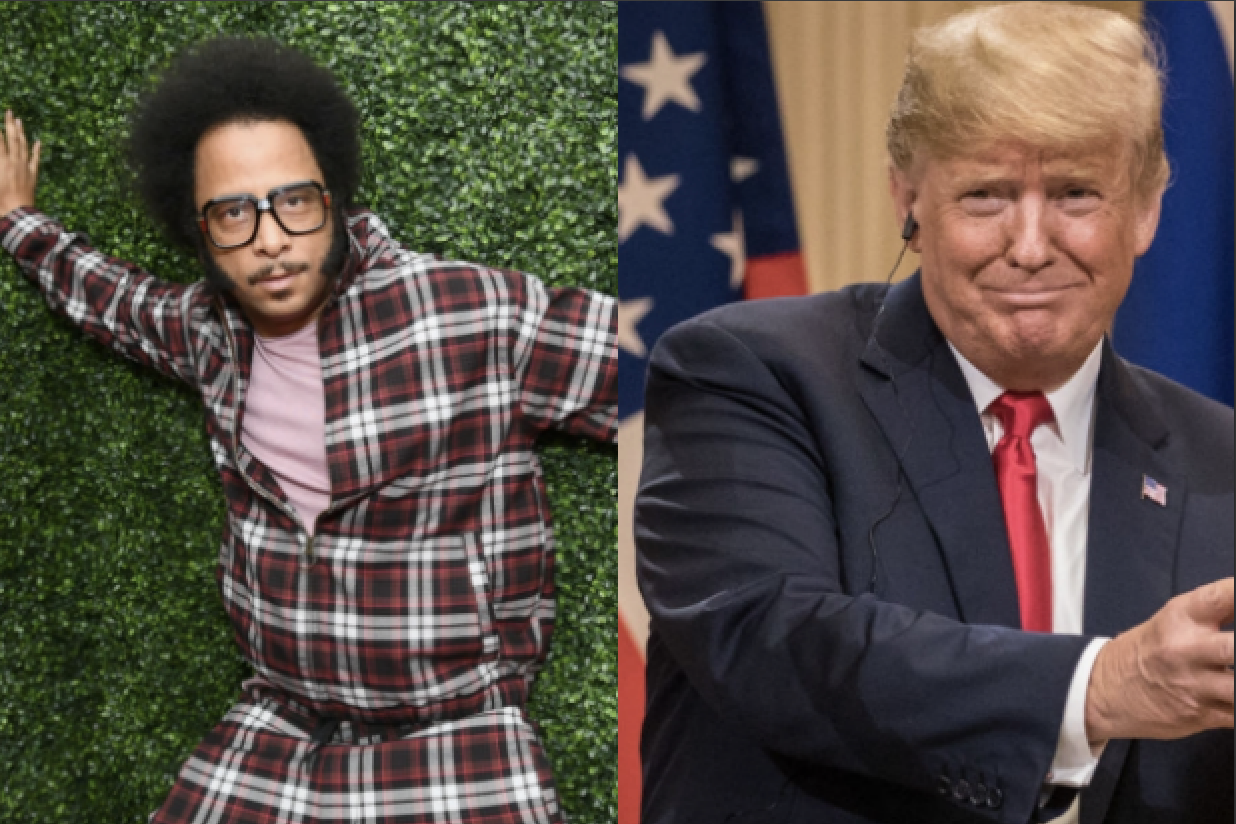 Long before Boots Riley directed the new film “Sorry to Bother You,” he fronted the justice-minded rap group The Coup. And one of their most beloved songs, “Pimps,” had an eerily accurate take on Donald Trump, decades before he became president.

The song, from the 1994 album “Genocide and Juice,” argues that corporate America and corrupt politicians steal much more money than anyone committing street crimes. It likens old-money billionaires to pimps who callously exploit others for their own gain.

“Sorry to Bother You” stars Lakeith Stanfield as a telemarketer who adopts a “white voice” to befriend customers and quickly rise through the ranks of his call center. “Pimps” takes the opposite approach: Rich guys David Rockefeller and JP Getty try to impress a woman at a party using this “thing we do with our voices — we sing like authentic rappers!”

Over a violin loop, they drop rhymes like these: “Don’t let me get my flex on, do some gangster s—/Make the army go to war for Exxon/Long as the money flow, I be making dough/Welcome to my little pimp school/How you gonna beat me at this game? I make the rules.”

The party proceeds swimmingly, until the arrival of an unwanted guest — someone so flashy and new money that the old-school billionaires want nothing to do with him. You guessed it. Just as the real Donald Trump barged into the Republican primaries and upset many establishment Republicans, the Trump in “Pimps” makes the old guard turn up their noses.

Trump in the song begins: “I am Donald Trump me think you mighta heard about me/How me last wife Ivana come and catch me money.”

And like the real Donald “grab ‘em by the p—y” Trump, the Trump in “Pimps” is prone to crude lines about hands and female genitalia.

So there you have it: Boots Riley had Trump figured out 24 years ago.

Here’s “Pimps” by The Coup: