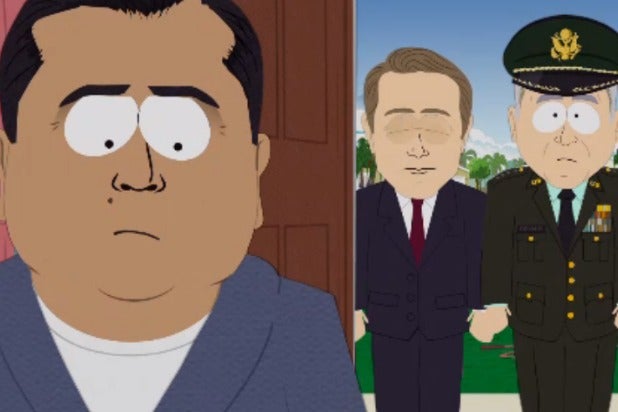 When a national crisis demands the shooting of a young African-American, the nation turns to George Zimmerman — or so supposed Wednesday’s grim episode of “South Park.”

The show weighed in on Trayvon Martin’s killing by imagining George Zimmerman as the nation’s go-to guy when a young African-American needs to die.

In the episode, the nation calls on Zimmerman, a devoted family man and occasional killer, to take down the black character Token, who has become Patient Zero in a zombie apocalypse.

“I gave that up,” says the reluctant vigilante, who was acquitted of Martin’s killing in real life.

“You’re the best, Zimmerman!” a government agent implores. “We just need you to do it one more time, for the security of the world!”

And then something surprising happens.