Paramount+ will become the exclusive streaming home of the entire catalogue of “South Park” episodes for the U.S. in 2025, moving the episodes over from their current home at HBO Max. Ahead of that, however, the complete library of all 310 episodes of “South Park” will be available to stream on Paramount+ internationally in 2022.

Additionally, beginning with Season 27 of the show in 2024, new episodes of “South Park” will have their U.S. and global streaming premieres on Paramount+. New episodes will continue to air linearly on Comedy Central. 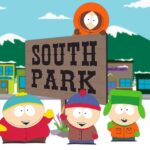 Also Read:
‘South Park’ Fans Torn Over That ‘Return of COVID’ Ending: ‘Do I Actually Feel Bad for Eric Cartman?’

Two additional “South Park” movies will premiere exclusively on Paramount+ in 2022, with two new movies debuting every year on the streaming service through 2027.

Chris McCarthy, chief content office, unscripted entertainment and adult animation for Paramount+ made the announcement during the ViacomCBS Investors Event, during which he also revealed the upcoming new “Beavis and Butt-Head” movie will be titled “Beavis and Butt-Head Do the Universe.”

“’South Park’ and ‘Beavis and Butt-Head’ are two of the most successful and widely known adult animation IP in the history of the genre, and I am thrilled that Paramount+ will be their exclusive new SVOD home,” said McCarthy. “By expanding the universe of these franchises, we are unlocking significant value within ViacomCBS’ treasure chest of IP, and this is just the beginning.”

The 25th season of “South Park” is currently airing on Comedy Central.