“South Park the Streaming Wars Part 2” is just around the corner. The fourth made-for-streaming franchise film will debut on July 13.

In a teaser for the upcoming film, which you can watch above, a drought has brought the town of South Park to the brink of disaster, and one resident is going full Karen after not being let into the water park.

This year, the “South Park” series celebrates 25 years on air; it debuted on Comedy Central in 1997. Stan, Kyle, Cartman and Kenny were first seen in the animated short “The Spirit of Christmas,” and from there were launched into television history. 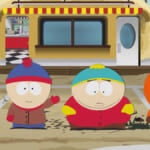 “South Park” has been renewed on Comedy Central through 2027, which will take the scripted comedy through its 30th season. The series is already cable’s longest-running scripted series. 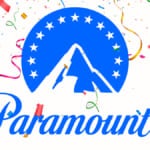