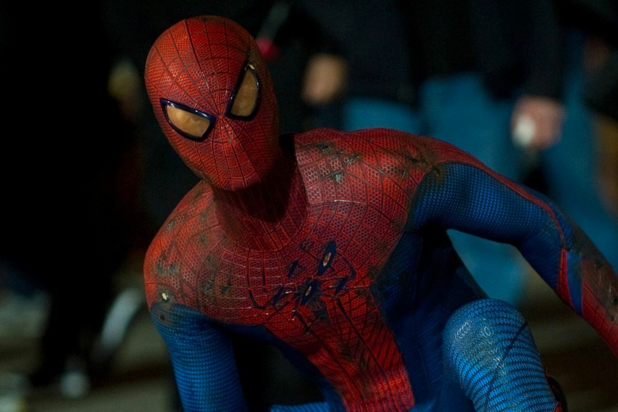 Sony Pictures Entertainment Co-Chairman Amy Pascal hinted last week that the studio has big plans for its “Spider-Man” franchise that might include launching a series of spin-off films based on the comic book’s other characters.

To help the studio better understand Spidey’s world of superheroes and super-villains and to market its upcoming “The Amazing Spider-Man 2,” Sony has tapped Starlight Runner. The company specializes in transmedia storytelling, an approach that weaves a narrative across multiple media platforms, spanning movies, television shows and social media outlets.

Starlight Runner and co-founder and CEO Jeff Gomez have been poring over decades of storylines from the wall-crawler’s adventures and are advising the studio on ways it can better exploit the Spider-Man universe.

Gomez has previously consulted on a number of top film franchises such as “Men in Black” and “Avatar,” video games such as “Halo” and brands such as Coca-Cola. From a New York City office outfitted with posters, toys and paraphernalia of fanboy favorites like “Dexter” and “The X-Men,” Gomez chatted with TheWrap about why Spidey lends itself to transmedia, his work on “Teenage Mutant Ninja Turtles” and the reasons “Agents of S.H.I.E.L.D.” has left some comic book aficionados cold.

How would you rate Sony’s approach to transmedia storytelling with “The Amazing Spider-Man 2”?
What they’re doing is incredibly cool. There is a savvy, contemporary feel to what’s being offered and they’re paying attention to social media and integrating viral videos.

For example on Tumblr, they’re publishing the Daily Bugle and what’s cool is that the articles that appear once or twice a week are taking place in between the two movies. They’re showing the coverage of Spider-Man in the wake of his battle with the Lizard. We’re getting a sense of what New York City has become like in the wake of that disastrous situation. How people feel about Spider-Man. The concern about superhuman activity. The search by certain mob factions for advanced technologies. The kind of unusual devices and gadgets that are hitting the streets for no discernible reason. The Bugle has investigative journalists looking into this, and these stories will continue until the release date.

Does Spider-Man lend itself to this particular storytelling approach?
Sony has the rights to all of the Spider-Man comics, but you can’t possibly jam dozens and dozens of these characters into the movies. What’s fun about what they’re doing with the Bugle is that savvy readers can detect characters from the Spider-Man world as they pop in and out of Tumblr.

You’ve worked on a number of major franchises such as “Pirates of the Caribbean” and “Men in Black,” what role do you play?
We come up with a battery of source material. A lot of our clients aren’t even fully aware of the vastness of the story worlds that they preside over, so we document it for them. For Nickelodeon,  for example, we formalized the entire Teenage Mutant Ninja Turtles universe, because they just rebooted it.

Will they use your work on the movie version being produced by Michael Bay?
In a perfect world. We advocate an interconnectedness between the iterations of the properties on different media platforms, but you can’t guarantee that, particularly because you have these visionaries in Hollywood who have their own interpretations of what a movie can be. If you look carefully at the development process behind the new Michael Bay movie you’ll notice that fan concern over the fact it may have not been as canonical as the fans might have wanted might have helped influence the development.

Why is it important that media companies cater to fanboys?
If you are going to acquire the rights to an intellectual property, there’s something there and because there’s this fierce loyalty, even a niche loyalty, that’s ardent, there’s a reason for it and it behooves the rights holder to investigate what that reason is. To understand it, to crystalize it and then to preserve it. If you acquire it and change it to the point where your ardent fan base no longer recognizes it or becomes disenchanted with it, what you’re left with is a toss of the dice. You may score, but it’s much more likely that a movie becomes a hit by understanding and preserving the essence of the brand. That’s what made the Marvel movies so popular.

Is any company doing the kind of multi-platform storytelling that you’re describing better than Marvel?
In recent years, they are certainly a standout and it looks like they’re hot streak is going to continue, although there might be stumbling blocks. They’re having difficulty with the “S.H.I.E.L.D.” television show.

Why has that been less successful than Marvel might have hoped?
They weren’t quite as loyal to the seed and core concepts as they could have been. They haven’t cracked what made “S.H.I.E.L.D.” a successful comic book for years. Unlike [the CW comic book series] “Arrow,” which has cool surprises and deeply engaging emotional situations for its characters, “S.H.I.E.L.D.” is positively languid in its approach. There are all these dangling soap operatic subplots that are taking forever to unspool.

Of course, the first seaon of “Buffy” and the first season of “Star Trek: The Next Generation” were largely terrible but there were a few standout episodes that made you realize how excellent the shows could become. They haven’t gotten there yet with “S.H.I.E.L.D.”