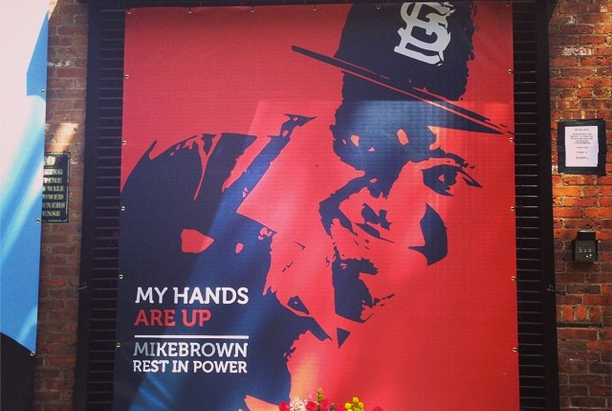 It turned out that the address was an erroneous one, and Lee ended up apologizing for the incident, explaining that he was acting out of anger.

In the wake of two more unjustified killings of unarmed African Americans, Lee has decided to protest with art.

The “Do the Right Thing” filmmaker posted to Instagram on Thursday two big banners, featuring 18-year-old Michael Brown and Eric Garner, that are hanging in front of his film company’s headquarters in Brooklyn. Brown was killed by a policeman in Ferguson, MO over the weekend, while Garner was choked to death by the NYPD several weeks ago.

The Brown killing in particular has set off outrage, including four nights of tension, protests and police violence against the community in Ferguson.