A documentary about disgraced New York governor Eliot Spitzer heads the first batch of films announced for the 2010 Tribeca Film Festival, which runs from April 21 to May 2.

"Untitled Eliot Spitzer Project," a work-in-progress from Oscar-winning documentarian Alex Gibney ("Taxi to the Dark Side"), deals with the politician forced to leave office over his relationship with a prostitute. 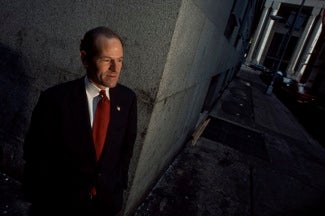 "It’s a great film about the person and the career, not just the sensational parts of his life," Tribeca’s director of programming, David Kwok told TheWrap.  "I think it may change people’s ideas about Spitzer." (Spitzer photo by Nina Berman.)
Among the other 33 films announced (out of a total of 85 films and 47 shorts) are “Open House,” in which “Hurt Locker” star Brian Geraghty stars as a man victimized by a sexually predatory relationship; “Gainsbourg, Je t’Aime … Moi Non Plus,” a biography of French music icon Serge Gainsbourgh; and “William Vincent,” in which James Franco plays a criminal returning to New York in search of the prostitute (Julianne Nicholson) with whom he’s fallen in love.
Other documentaries include looks at the Russian mafia, the Rwandan genocide and a group of teens trying to escape from the polygamist compound in which they were raised.
The festival will also include a 45th anniversary showing of David Lean’s "Dr. Zhivago," with a newly restored print.
For the first time, in addition to screenings in lower Manhattan, video-on-demand screenings will be held on cable and satellite of 12 of the films to begin the same day as their festival debuts. And a Tribeca Film Festival Virtual will enable viewers to see films, panel discussions and Q&As, and other aspects of the festival on the Internet.
While he admits that the day-and-date release of films on the Internet is a controversial subject in the film industry, Kwok said, "We think that we’re giving all of our films a boost through all of our marketing and publicity, whether they’re going to VOD or a later theatrical release."
The lineup will include 85 feature-length films and 47 short films, including 45 world premieres, 7 International premieres, 14 North American premieres, 6 U.S. premieres and 12 New York premieres. Seven of the latter are part of the fourth annual Tribeca/ESPN Sports Film Festival.
"The aim is to present the most diverse program possible, and to be well-represented internationally," said Kwok, who added that the staff considered a record 5,000-plus submissions. "We’re particularly happy that we have lots of returning filmmakers who are coming back with their second films, or they’ve been here with shorts and now they’re coming back with their first features."
Films in the World Narrative and World Documentary competitions will be vying for prizes totaling $100,000. Films shot primarily in New York or produced by New York-based companies will be eligible for several other awards.
Seven of the films in the lineup are from the recently formed Tribeca Film, a distributor which Kwok described as "a way of extending the festival outside of New York."
In addition to "Open House," “Gainsbourg” and "William Vincent," the World Narrative Feature Competition includes “Lucky Life,” director Lee Isaac Chung’s follow-up to his award-winning “Munyurangabo."
Included in the World Documentary Feature Competition are “The Arbor,” artist/director Clio Barnard’s look at the life of British playwright Andrea Dunbar; “Earth Made of Glass,” a film about the Rwandan genocide from Oscar-nominated filmmaker Deborah Scranton; “Sons of Perdition,” Jennilyn Merten’s and Tyler Measom’s look at teenagers who try to escape from the polygamist community founded by the imprisoned Warren Jeffs; and “Thieves by Law,” Alexander Genteley’s look inside the Russian mafia. 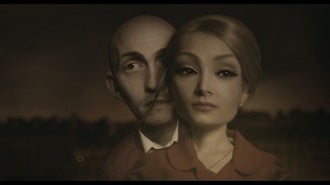