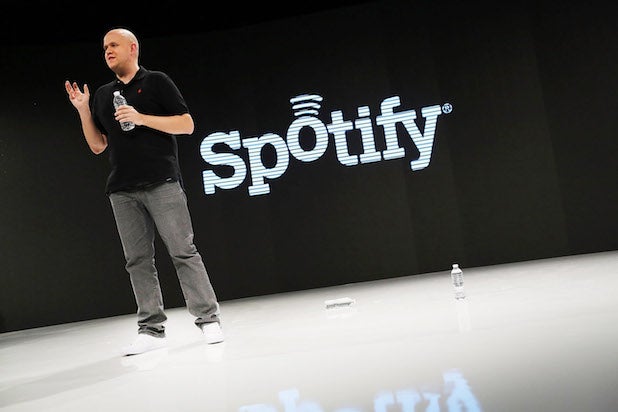 Spotify must be hitting the right notes.

The Swedish start-up is nearing 30 million paid members, according to a report in the Financial Times. That’s up from 20 million it reported in June, and compares to 11 million subscribers of chief rival Apple Music.

The milestone, which indicates Spotify’s growth has accelerated in the last year, suggests competitive jockeying among streaming music companies may matter less than a consumer trend toward subscribing to all-you-can-eat music rather than purchasing songs — and the publicity of megastars withholding top albums from Spotify’s collection.

After launching in 2008, Spotify rose to the top of a heap of music start-ups and has continued to gain more paying members than any other service of its kind even as deep pocketed rivals like Apple Music launched.

Apple Music went live in June as a reincarnation of the Beats Music service it acquired in its $3 billion takeover of the headphones maker. While it has quickly ramped up to 11 million subscribers, Spotify’s addition of 10 million paying members in less than a year indicates its own growth is accelerating even as it went up against a formidable new rival.

Also Read: Taylor Swift Gets Candid on Kanye West, Apple Music Takedown: 'I Had to Write It'

Spotify took six years to reach its first 10 million and a little more than a year to add its second 10 million.

Meanwhile, the last year has been marked by high-profile artists like Adele withholding music from Spotify’s catalog. Spotify CEO Daniel Ek has said in the past that big artists’ boycotts of the service end up only helping more consumers learn about Spotify and try it.

The new subscriber count also indicates Spotify’s unique model that allows free listeners to pick the specific track they want to hear if they sit through ads gives it an advantage in upselling consumers to a $10-a-month ad-free membership.  The recording industry has withheld that right for most other subscription services of the same kind.