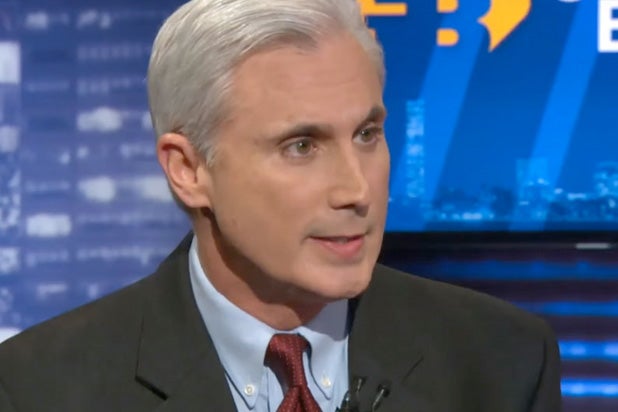 “Spotlight” distributor Open Road has issued a new statement in response to Jack Dunn, the Boston College High School board of trustees member who said the film did not accurately portray him and his meeting with Boston Globe staffers investigating pedophile priests.

“As is the case with most movies based on historical events, ‘Spotlight’ contains fictionalized dialogue that was attributed to Mr. Dunn for dramatic effect. We acknowledge that Mr. Dunn was not part of the Archdiocesan cover-up. It is clear from his efforts on behalf of the victims at BC High that he and the filmmakers share a deep, mutual concern for victims of abuse,” Open Road said in a statement released to the media on Tuesday.

The statement is a result of a private settlement between Open Road and Dunn that did not involve any money changing hands, an individual with knowledge of the arrangement told TheWrap.

Dunn saw “Spotlight” and was worried the film implicated him in the Catholic Church’s cover-up of years of sexual abuse by its priests, though by most accounts, the community of Boston did not hold him responsible for what happened in any way. Nevertheless, Dunn subsequently came after Open Road, which issued a statement on Nov. 23 about the scene in question.

“The production believes in everyone’s right to speak their minds on the complicated legacy of this important story. Jack Dunn is no exception. However, we disagree with his characterization of the scene as misleading,” an Open Road spokesperson said.

The production company went on to say that both then-Boston Globe editor Walter Robinson and Spotlight Team reporter Sacha Pfeiffer reviewed the footage in question and said the it reflected “the substance of what occurred during this initial interview at BC High.”

Furthermore, they believe the scene “portrays Mr. Dunn acting as any reasonably cautious representative of BC High would have during a first meeting, especially one who is a public relations professional, alumnus, and trustee.”

Dunn is a longtime communications representative for Boston College who holds a board seat at Boston College High School, where multiple students were molested by cleric teachers, blasted the movie’s take on the news events. He objected to his depiction in Tom McCarthy’s film, where he is portrayed by actor Gary Galone, and said the film made him vomit.

“The things they have me saying in the movie, I never said,” Dunn said in an interview with The Boston Globe.

For Dunn, the most offending scene depicted a conversation he and Boston College High School President Bill Kemeza had at the request of then-Boston Globe editor Walter Robinson, to discuss the abuse allegations that took place at the institution.

In the script, Galone’s Dunn is confronted by Michael Keaton as Robinson, and Rachel McAdams portraying Globe reporter Sacha Pfeiffer. Dunn said he felt the dialogue in the scene minimized his actual concern for abuse victims.

“It’s a big school … and we’re talking about seven alleged victims over, what, eight years?” the movie version of Dunn said.

“The way they have me saying those things, like I didn’t care about the victims, that I tried to make the story go away,” Dunn told The Globe. “The dialogue assigned to me is completely fabricated and represents the opposite of who I am and what I did on behalf of victims. It makes me look callous and indifferent.”

News of the settlement comes several weeks after “Spotlight” won Best Picture. The agreement was likely struck after Oscar voting concluded so as not to bring any negative attention to the film.

10 Journalism Movies To Share the 'Spotlight' With
"All The President's Men" is the film that many critics have compared "Spotlight" to, and there's little wonder why. "Spotlight" follows the path blazed by the Robert Redford/Dustin Hoffman classic recounting the Watergate scandal, showing the investigative reporting process in great detail and exposing the roadblocks that reporters face when trying to uncover the truth.
It's a shame the "Star Wars" prequels made many moviegoers cringe at the thought of Hayden Christensen, because his performance in "Shattered Glass" is a must-see. Christensen plays Stephen Glass, a reporter from The New Republic who was fired in 1998 for fabricating many of his stories.
Forty years after its release, "Network" remains one of the most potent satires not just in cinema, but in any medium. Paddy Chayefsky's Oscar-winning script bitterly attacks broadcast media for sacrificing the public good for salacious stories that will get ratings. Today, as the media chases after Donald Trump for more and more scandalous quotes, "Network" has proven to be prophetic. Again.
In a similar vein as "Network," but a generation earlier, there's Billy Wilder's "Ace In the Hole," which stars Kirk Douglas as an opportunistic, down-on-his-luck reporter who discovers a man trapped in a collapsed cave in New Mexico and uses it as an opportunity to regain his former big-city glory. Even back in 1951, sensationalism in the press was being examined in film.
Back on the more idealistic side of journalism movies, there's George Clooney's "Good Night And Good Luck," which features David Strathairn as Edward R. Murrow as he takes on Joseph McCarthy and the Red Scare. The concluding speech cautions about the potential and dangers of television that "Network" looks at more cynically.
From Australia, "Balibo" retells the true story of Roger East, a reporter who traveled to East Timor to investigate the disappearance of five other journalists just before the invasion of Indonesia in 1975. The film features "Ex Machina" star Oscar Isaac as Nobel Peace Prize winner Jose Ramos-Horta before his rise to the East Timor presidency.
The wittiest take on arts journalism is Cameron Crowe's "Almost Famous," a dramedy about an aspiring music journalist covering a rising band for Rolling Stone. The film is based on Crowe's own experiences at Rolling Stone, and features Philip Seymour Hoffman as legendary rock writer Lester Bangs in one of the most famous "job warning" speeches ever.
The words of Hunter S. Thompson, patron saint of gonzo journalism, are captured brilliantly by Johnny Depp in "Fear And Loathing In Las Vegas." Thompson's writing crackles with life, and Depp's narration sets it ablaze. Listen to his reading of the famous "Wave Speech," which brings forth Thompson's ability to find beauty even in the ugly side of America that he always reveled in.
"Broadcast News," James L.Brooks' rom-com drama, has been praised for its insightful look at the day-to-day life inside a broadcast newsroom. Featuring a love triangle between an unseasoned anchorman (William Hurt), a high-strung producer (Holly Hunter) and an ambitious reporter (Albert Brooks), this is a much lighter alternative to "The Newsroom."
"Citizen Kane." Come on, does this need further introduction? Orson Welles' masterpiece is one of the heavyweight contenders in the Greatest Movie Ever debate, and a sobering look at the slow death of journalistic idealism at the hands of power and greed. Some 75 years later, that loss of faith in journalistic ideals seems to be more widespread in society. Maybe that's why "Spotlight" won Best Picture: it reminds us that truth-seekers aren't as extinct today as we sometimes may think.