Netflix has closed a deal with Skydance to produce a reimagining of the successful 2001 “Spy Kids” franchise alongside Spyglass Media and creator and director Robert Rodriguez, the companies announced on Wednesday.

Rodriguez will write and direct the new film, and like the original series, the new “Spy Kids” movie will focus on a multicultural family of international spies.

The film will mark Rodriguez’s second family film with Netflix, following the 2020 family action film “We Can Be Heroes.” The original “Spy Kids” was released 21 years ago Wednesday, to the day. 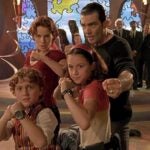 The original film from 2001 was a critical and box office success, grossing $147.9 million worldwide and starred Antonio Banderas and Carla Gugino alongside its young stars, Alexa PenaVega and Daryl Sabara. The franchise became so popular, it spawned three more sequels, all of them directed by Rodriguez. The films grossed over $550 million at the worldwide box office.

Rodriguez recently had big success on Netflix with “We Can Be Heroes,” which is in the same universe as Rodriguez’s other popular 2000s family film, “The Adventures of Sharkboy and Lava Girl.” 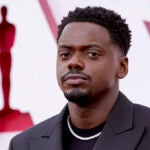 “Spy Kids” was a major change of pace for Rodriguez, who was known for his stylized, more mature films such as “El Mariachi,” “Desperado” and “From Dusk Till Dawn.” In recent years he’s directed “Alita: Battle Angel” and an episodes of “The Mandalorian” and “The Book of Boba Fett.”

Rodriguez is represented by WME and attorney Craig Emanuel.