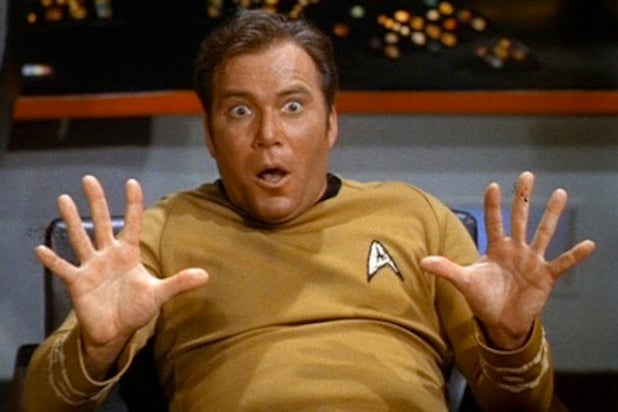 The companies are going after producer Alec Peters of Axanar Productions for copyright infringement in a suit filed Wednesday in California district court. The suit concerns “Axanar” and the prequel film “Prelude to Axanar,” collectively referred to as “the ‘Axanar’ Works.”

In a joint statement to TheWrap, Paramount and CBS said:

“‘Star Trek’ is a treasured franchise in which CBS and Paramount continue to produce new original content for its large universe of fans. The producers of ‘Axanar’ are making a ‘Star Trek’ picture they describe themselves as a fully-professional independent ‘Star Trek’ film. Their activity clearly violates our ‘Star Trek’ copyrights which, of course, we will continue to vigorously protect.”

“Axanar” follows Garth of Izar, a Federation captain from “Star Trek: The Original Series,” who was idolized by Captain Kirk (William Shatner).

According to the description on the film’s official website, “‘Axanar’ tells the story of Garth and his crew during the Four Years War, the war with the Klingon Empire that almost tore the Federation apart. Garth’s victory at Axanar solidified the Federation and allowed it to become the entity we know in Kirk’s time.”

In an interview with TheWrap in August, Peters said he and his team met with CBS but the network didn’t offer any specific guidelines concerning what his crew can and cannot do — the network simply told him that they can’t make money off the project.

“CBS has a long history of accepting fan films,” Peters said at the time. “I think ‘Axanar’ has become so popular that CBS realizes that we’re just making their brand that much better.”

CBS announced in Nov. that they would debut a new “Star Trek” series exclusively on CBS All Access in 2017. In addition, Paramount will release the third film in the rebooted franchise, “Star Trek Beyond,” on July 22, 2016.