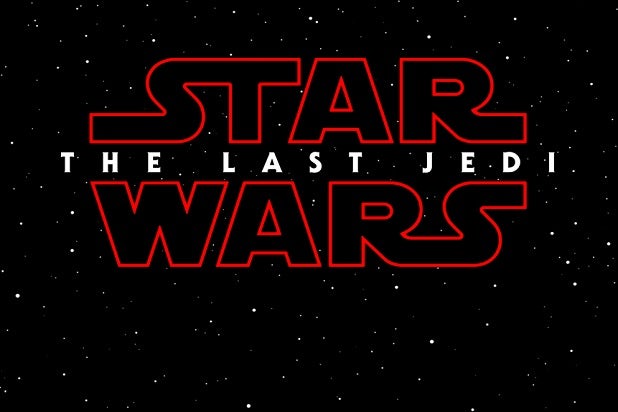 Disney announced Monday the title of its next “Star Wars” film, Episode VIII, would be “The Last Jedi.” As usually happens when “Star Wars” news appears, the Internet had a field day.

Moments after the announcement of the title, Twitter was alight with fans speculating about what it could mean. “Jedi” can be singular OR plural! The color of the words “Star Wars” has been changed from the iconic yellow to red! That’s the color of the Sith!

But this is Twitter. Along with fan theories, discussions, hype and flipping out in excitement, there are always cheeky jokes.

It took Twitter no more than a few minutes to start offering alternative titles to “Star Wars” Episode VIII. Here are a few of the best so far.

Me: i don't judge the movie by its title I need to watch it, I don't get all the so called "hype"

A lot of people feeling this way.

Hope they blow up a Death Star or at least talk about one a lot in the new Star Wars. You know for a change of pace…

Of eight total “Star Wars” movies, no fewer than four are about Death Stars or Death Star-like space stations.

Fans on Reddit and in comments sections on film websites predicted the title around the release of “The Force Awakens.” But nobody knows what to make of that red logo. Well played, Disney.

Twitter spent the weekend wondering if it was okay to punch white nationalist Richard Spencer. If violence is never the answer, what do you do about evil space wizards?

For many, the title reveal is a lot to process.

The wampa from “The Empire Strikes Back” needs better representation.

“Rogue One” had the mantra “I am one with the Force, the Force is with me.” Now we know what people will be chanting when “The Last Jedi” is released.

I suppose we all deserve that.

Star Wars: Return of the Attack of the Revenge of the Phantom Hope Strikes Back: A Star Wars Story Awakens

The alternate take: What if the title isn’t actually a big deal?

not really loving the title of the new star wars pic.twitter.com/SKG69CqXX9

Not sure about this one either.

It should have been named: