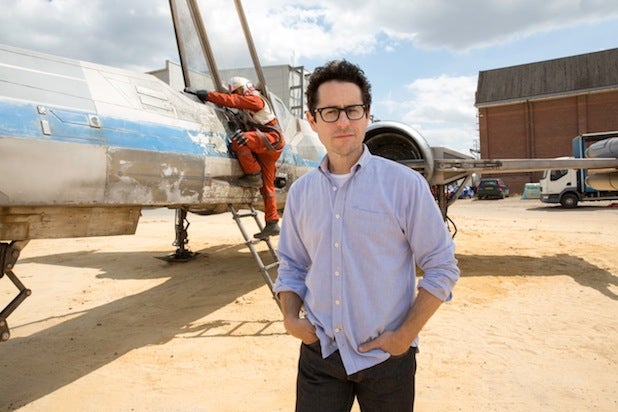 The Force is strong with Pinewood Studios. The U.K.-based production facility will host production on the next “Star Wars” film.

The film will be the anticipated “Star Wars” standalone film directed by Gareth Edwards, an individual with knowledge of the situation told TheWrap.

Dunleavy made the announcement as “Star Wars” robot R2D2 made his way on stage with a script.

Dunleavy also announced that the upcoming James Bond film will be shot at the studio as well. But for all the high-profile projects and big-name talent coming to his facility, Dunleavy emphasized that the content is created on the backs of talented industry veterans at Pinewood.

“When you think of the film business, you may think of glamour, red carpets, and stars,” he said, but that for “every star who comes through the gates at Pinewood … there are, literally, hundreds of people working long hours to produce world-class content.”