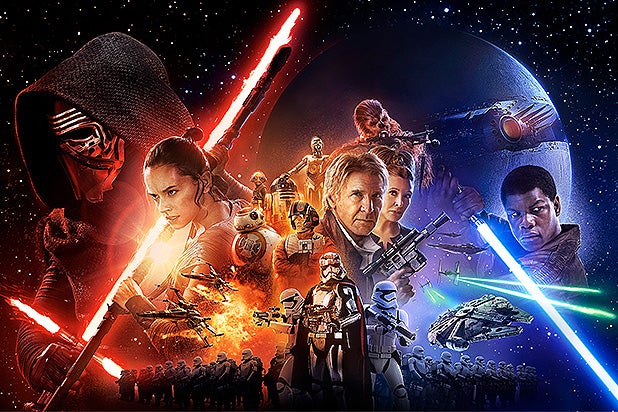 “Star Wars: The Force Awakens,” “The Revenant” and “The Hateful Eight” are among the holiday season movies that have leaked online, TheWrap has learned after exploring torrent sites.

The leak doesn’t seem to have had much impact on the opening weekend of “The Force Awakens,” which has broken numerous box office records over the past three days.

While Disney is no doubt disappointed, we can’t imagine how Tarantino must feel. The writer-director’s “Hateful Eight” script leaked in January 2014, prompting the director to unsuccessfully try to sue Gawker, though the legal system may be unable to provide the kind of frontier justice Tarantino favors in his films. It wouldn’t be surprising if he preferred to go all Mr. Blonde on those pirating his new Western.

The copy of “Hateful Eight” that hit the net was fairly pristine, with none of the watermarks or time stamps associated with awards voters or post-production facilities.

“Hateful Eight” was the tenth most-downloaded movie of the week according to TorrentFreak, while “Revenant” came in at No. 5. Oddly enough, Nancy Meyers‘ “The Intern” topped the list, followed by “The Peanuts Movie” and “The Martian.”

Also Read: 5 Times 'Star Wars' Fans Have Been Screwed Out of Seeing 'The Force Awakens,' So Far

While the copies of “Star Wars: The Force Awakens” that found its way online have been described as sub-standard, high-quality copies of “Room,” “Carol,” “Joy” and “Brooklyn” have also leaked, suggesting that those illegally downloading movies aren’t just young males.

Piracy group Hive-CM8 took credit for the “Hateful Eight” leak, saying it’s one of 40 titles the group has access to. It’s hardly the first movie to leak online, with “The Expendables 3” and “The Wolverine” hitting the Internet before movie theaters. Ben Stiller‘s “The Secret Life of Walter Mitty” was also a victim of piracy after Ellen DeGeneres‘ copy was stolen and uploaded on the net.