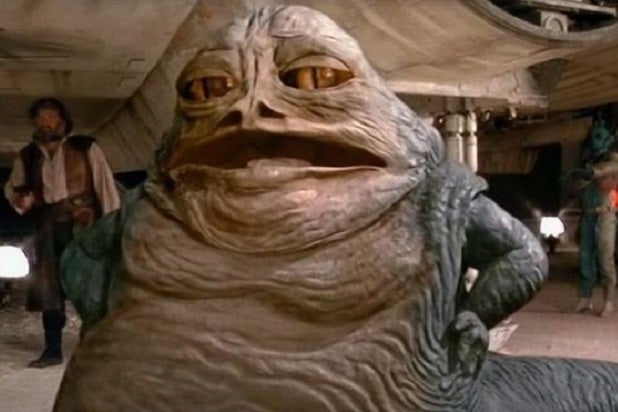 On Tuesday, Alamo Drafthouse announced the “Return of the Trilogy” roadshow, which would bring theatrical screenings of the original “Star Wars” trilogy to 20 cities in the U.S. this August. They’ll be selling tickets starting May 4, also known on the Internet as “Star Wars” Day.

But there’s a catch. There’s always a catch with those old “Star Wars” movies. Drafthouse won’t be screening the un-messed-with versions of the trilogy. Instead, we’ll be getting the 1997 Special Edition versions.

Sure, it’s better than having to deal with the 2011 blu-ray versions, which is what has usually been screened on those rare occasions in the past few years when “Star Wars” hits the big screen again. Those were George Lucas‘ magnum opus of pointlessly changing things in the movies that made him a household name, throwing in all sorts of weird new jarring things. The Special Editions, by comparison, were pretty benign, so I guess you could say that getting those for these roadshow screenings is better than nothing.

But that’s not really how I feel about it. If I’m going to venture out of my home and pay money to see a “Star Wars” movie on the big screen, it either better be something I haven’t seen before (hello, “Rogue One”), or it should be the real “Star Wars.” Not the Special Editions. Not the blu-ray versions. The ones that are the same as what showed in theaters in 1977, 1980 and 1983.

It’s not complicated. I want it and so does everybody else. Having “unaltered original ‘Star Wars’ trilogy” on your marquee is the kind of thing that gets people lined up around the block. Because that’s something many of us have never gotten on the big screen before.

I get that the rights issues are a mess — 20th Century Fox still has the home video rights to the trilogy, and all the rights, period, to the original “Star Wars” film. I know George Lucas thinks of his decades of post-release changes are somehow fulfilling his original vision for those movies, and a lot of powerful Hollywood types feel sympathetic to that — particularly at Fox, which made more money than you can imagine off those things.

I also know I don’t give a shit about any of that. I’m a fan, and I want what I want. I want those ugly old X-Wings and a version of Mos Eisley that isn’t crammed full of low-res CGI beasts. I want a Sarlaac without that weird beak, and Death Stars that explode without a ring of fire. I want snowspeeders and Imperial walker that are surrounded by matte lines. I want the real thing.

Also Read: 'Rogue One' Trailer Breakdown: Our Star Wars Nerd Explains It All

Those DVDs sell for hundreds of dollars on the secondhand market these days, by the way. Fox and Disney and George Lucas aren’t getting a dime off that, even though they very easily could be if they’d just print more copies.

Figure it out, Disney and Fox. Make me and the rest of my nerd brothers and sisters stand in a long line to see our favorite movies in a movie theater. This is supposed to be the Golden Age of “Star Wars.” But so long as the original versions of the original trilogy are held hostage by the powers that be, it’s not going to feel all that golden to me.