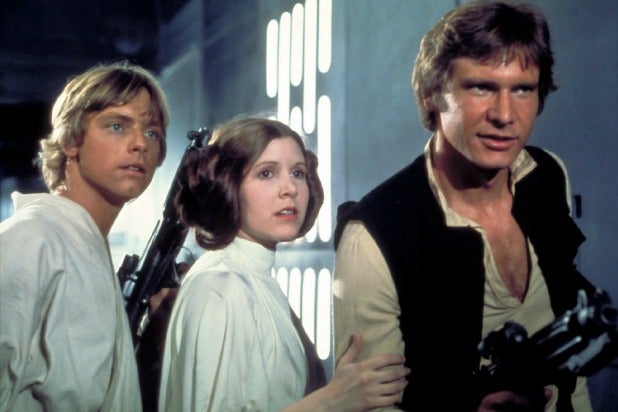 “I was not elected to watch my people suffer and die while you discuss this invasion in a committee,” Padme Amidala tells the Galactic Senate in the first of the terrible “Star Wars” prequels, “The Phantom Menace.” “If this body is not capable of action, I suggest new leadership is needed.”

Padme’s speech, sadly, clears the way for the rise of the evil Emperor Palpatine — who is eventually usurped by a scrappy band of rebels, led by the painfully earnest Luke Skywalker. The “Star Wars” films, like the creative teams behind them, have so far demonstrated three different kinds of government, and the strengths and weaknesses of each.

As Colin Trevorrow’s exit from directing “Episode IX” indicates, we are now in a filmmaking-by-committee stage of “Star Wars” production. This is the third time in two years a “Star Wars” film has parted ways with its director (or directors), and the move illustrates how many hands are involved in a universe that once existed entirely in one person’s mind.

We’ve gone from George Lucas dreaming about the (mercifully renamed) Luke Starkiller to massive corporate entity, Disney, overseeing the now Lucas-free Lucasfilm, and Lucasfilm in turn looking over the shoulder of each hotshot new director enlisted to corral its galactic empire.

How did we get here?

The first “Star Wars” trilogy is an example of Government by Rebels. George Lucas was 33 when he made it, a rising star and an outsider among outsiders. This is a generalization, but while other rising 1970s filmmakers were rebelling against Hollywood tradition by making darker, more cynical films, Lucas created his own counterinsurgency by telling a story that at least started out optimistic, fun and kind of silly. The good guy-bad guy lines eventually would blur, but in 1977’s “Star Wars,” they were pretty clear.

When “Star Wars” became a surprising success, Lucas was smart enough to pull in help from others who dramatically improved the “Star Wars” universe for the next two movies in the original trilogy.

The reason people love the “Star Wars” universe as deeply as they do isn’t the straightforward “Star Wars,” but the much more complex and affecting “The Empire Strikes Back,” which was written by Leigh Brackett and Lawrence Kasdan and directed by Lucas’ old USC film professor, Irvin Kershner.

It is another revolution: a follow-up to a wide-eyed kids story that is about, more than anything, suddenly becoming an adult. Your Christmas-like ice planet suddenly collapses around you, you’re thrust into a swamp or a city built on clouds, and the easy thing and the right thing are almost never the same.

Our investment in the franchise stems largely from our empathy with Luke when he learns Vader is his father, and our horror at too-cool Han Solo suddenly realizing he isn’t impervious to harm. And that no one is. “Empire” is a rebellion against “Star Wars” — and one of my favorite films.

In fact, almost no one would still care about “Star Wars” films if not for the depth, heart and daring of “Empire.” It represents the high-watermark of “Star Wars” films. This is rebellious filmmaking, with collaboration but fiery, daring risk-taking.

By “Return of the Jedi,” the films had shifted largely into crowd-pleasing, and reassuring everyone that everything would be OK, and the result was a collaborative and perfectly fine but non-revolutionary film.

By the end of the last century, the world was so desperate for a new “Star Wars” film that 20th Century Fox made the mistake of giving George Lucas free rein to create exactly the prequels he wanted — and they are horrendous. Lucas may have been out of practice, or too in theweeds. Did anyone really care about Galactic Senate protocol, or trade agreements or midichlorians?

When an emperor is allowed to indulge in personal obsessions, at the expense of everyone else’s enjoyment, the results are never good. The less is said about the prequels, the better.

Also Read: Do We Really Need Another 'Star Wars' Movie About the Death Star? (Commentary)

Disney bought Lucasfilm for $4 billion in 2012, though it had little apparent interest in Lucas himself. We were told he would largely retire but stay on to consult, which is a corporate euphemism for “not consult.”

Disney threw away what were almost certainly extensive, complex outlines he had laid out for another “Star Wars” trilogy, and brought in a slew of new writers and directors who would serve under Lucas-era holdover Kathleen Kennedy. This was, in essence, an attempt at a bloodless coup. The high-minded idea was that an emperor could be replaced by a senate without anyone, including the emperor, objecting, all for the greater good.

But there are so many senators involved now, all ostensibly in the service of the old revolutionary ideas, that little good is happening. The org chart is confusing. Kennedy reports to Disney, and the writers and directors try to please both, which means a watering down of many big, bold ideas.

With Disney, the universe expanded to standalone films not directly tied to the Skywalker family. When Phil Lord and Chris Miller threatened to make a fun, irreverent standalone Han Solo movie, they were swiftly replaced by Ron Howard, a capable and nice director who studied at the feet of George Lucas when he appeared as an actor in Lucas’ “American Graffiti.” But he isn’t a revolutionary.

Also Read: Rian Johnson: 'I Did Not Write a Treatment' for 'Star Wars: Episode IX'

Occasionally something worthwhile makes it way through the Senate — like the surprisingly dark ending of “Rogue One,” the only “Star Wars” movie I’ve truly enjoyed since “Return of the Jedi.” But mostly, so far, we’ve gotten safe retreads and retracings of things that have happened in previous “Star Wars” movies.

Most revolutionaries always mellow out at some point. You hope they won’t sell out, too. The “Star Wars” rebellion has been invaded by money people, and safe people.

Discussing this invasion in a committee won’t help. Because the invaders are the committee.