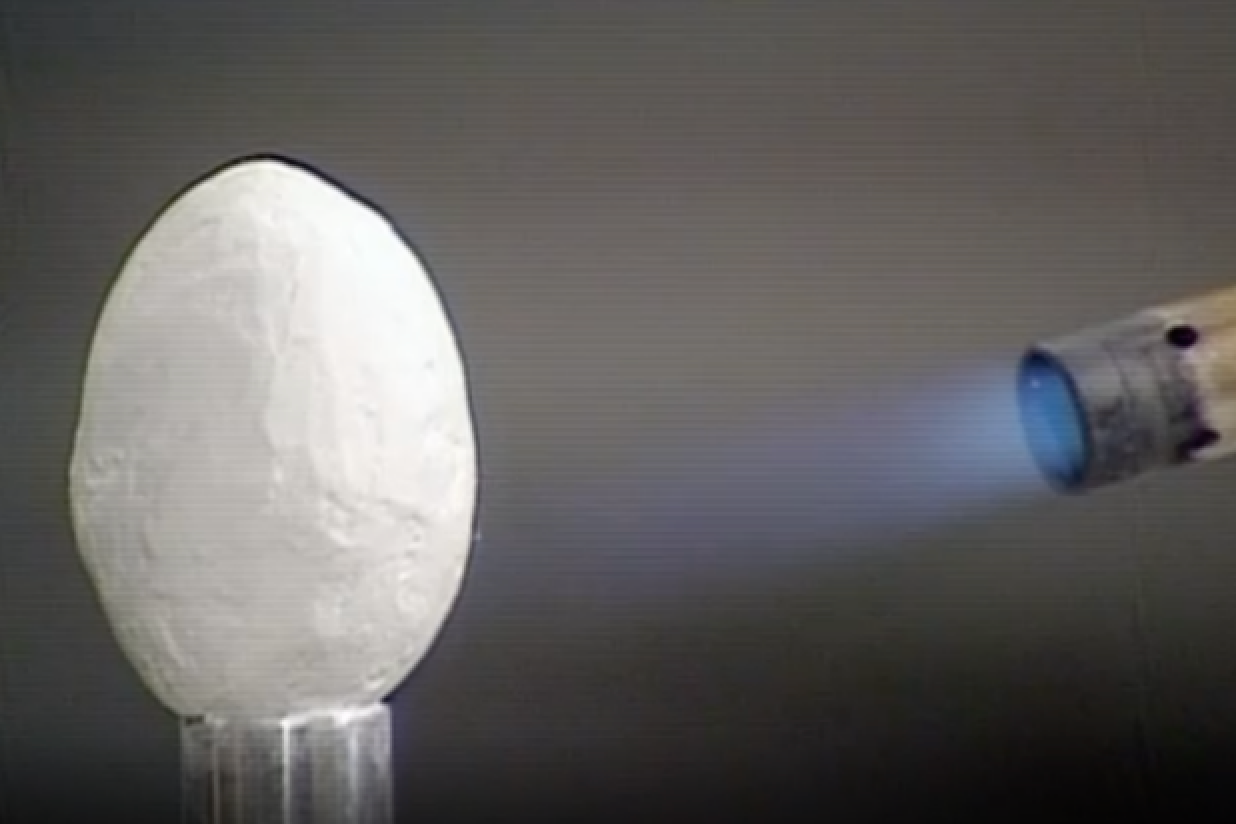 Maurice Ward was a British hairdresser who invented a material called “Starlite” that he claimed could withstand fire and even nuclear blasts. It drew the attention of Boeing, NASA, and the British military, and then… it disappeared. “Starlite” is the subject of the latest “Shoot This Now” podcast, which you can listen to on Spotify or right here.

The mystery of “Starlite” is one of those stories that makes you think, “How have I never heard of this before?”

When I first heard of it, I assumed Starlite must be a hoax. But reputable scientists appeared to take Ward’s invention very seriously. (Don’t take my word for it; here’s a video from the BBC.)

Ward invented Starlite in response to a horrific air disaster: 54 people died of smoke inhalation, trapped inside a burning plane at Manchester’s airport in Northern England.

Soon, he introduced a paste-like material that you could coat on any substance like cream cheese on a bagel. And he said it would protect anything from even the most intense heat. In 1990, he gave a television demonstration using a blowtorch and an egg — and set off a bidding war.

On this episode of “Shoot This Now,” we posit that his granddaughter, who gave Starlite its name, may have been one of the few people to understand what Ward went through as he drew attention from business and military leaders. Top scientists wanted to duplicate his invention, which he had created with no formal scientific training. He wondered how they might use or misuse it. Its potential in airline safety, space travel, and war seemed limitless.

There are several theories. Perhaps Starlite wasn’t as good as it appeared to be, and never warranted more attention. Or perhaps Ward was too stubborn to save a potentially beneficial invention with the world.

Or maybe Starlite was too powerful, and some shadowy entity needed it to go dark. Maybe it is even in wide use today, in ways the average person knows nothing about.

Welcome to the mystery of Starlite.