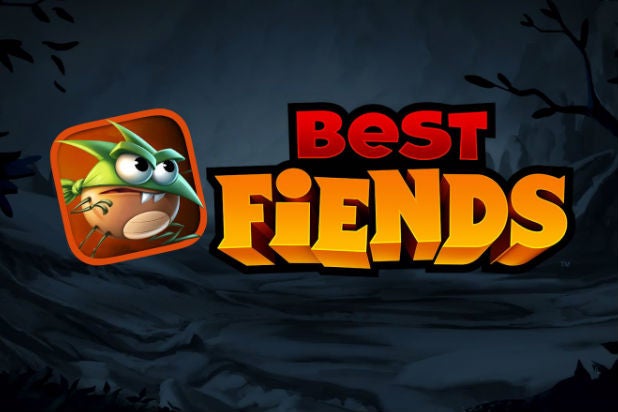 Blockbuster films like “Despicable Me” and “Turbo” started on the big screen before launching their games, but what if you could do the reverse?

That is what mobile entertainment startup Seriously is aiming with the launch of Best Fiends, the first property from the company released on Thursday.

Founded by former Rovio executives Petri Järvilehto and Andrew Stalbow, the Seriously team has worked on games that have over two billion downloads. Stalbow, who was just named to TheWrap’s Innovators list, previously served as senior VP of mobile at Fox Digital Entertainment.

While his goal of creating films from games may be counter intuitive, Stalbow thinks he’s onto something big. “We’re kind of doing Hollywood backwards,” he told TheWrap. “It’s a super addictive game. It looks like it should have a movie attached to it.”

“Best Fiends” tells the epic journey set in the world of Minutia where characters set out to save their families and battle against the voracious Slugs of Mount Boom. The game is free to play with in-app purchase options.

“The tried and true Hollywood model is to develop, produce and market a movie or television property, but the scale of mobile engagement is changing this formula,” said Stalbow.

Also read: ‘The Hunger Games’ Will Now Be Made into a Mobile Phone Game and Museum Exhibition

To that end, the company created a cinematic trailer for the mobile game with a soundtrack composed by Heitor Pereiria (“Despicable Me”), which is now available on iTunes. “We made a really big deal of the music,” explained Stalbow.

In conjunction with the launch, the company also announced a partnership with Malaria No More to raise awareness for the disease via the game through a mosquito named Edward.

“We’ve been blown away by the early results that we have seen for ‘Best Fiends’ in soft launch, and couldn’t be more excited to start building out our franchise worldwide, focused on mobile first.”