Stephen Colbert skewered the names at the center of the weekend’s biggest news stories – Kanye West, Elon Musk and Donald Trump – by explaining what ties them all together.

On Oct. 6, the House Judiciary GOP’s Twitter account appeared to celebrate the trio by simply listing out their names. During Monday night’s show, Colbert kicked off his own take by pulling out a “Jeopardy!” buzzer.

“What is three people I would trap in a Porta-Potty and roll it downhill?” he said to cheers and applause from the audience. 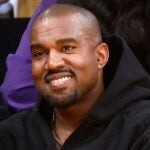 The punchline came after Colbert cracked some jokes about Ye’s latest controversy, a series of anti-Semitic social media posts that resulted in him being locked out of Twitter and Instagram.

The “Late Show” host also slammed Tucker Carlson and “Fox & Friends” for defending the mogul as a “free thinker.” 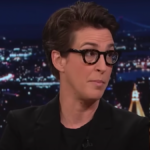 Also Read:
Rachel Maddow Mocks Election Deniers Running for Office: ‘How Exactly Would You Like Us to Choose You?’ (Video)

“Only someone free of thought would call this a shoe,” Colbert quipped beside a photo of a sneaker from the rapper’s fashion line.

Initially, the hosts of “Fox & Friends” complained that Ye was being made into a “target” for expressing his views following backlash he received for wearing a “White Lives Matter” T-shirt. After learning about the anti-Semitic tweets, however, the hosts quickly walked back their remarks.

“I hope they didn’t pull a hammy backpedaling this fast,” Colbert joked. Following a clip in which the hosts called Ye’s remarks “pretty ugly,” Colbert wagged his finger and said: “Kanye is your free thinker. You threw a pity party and invited the guy who always poops in the punch bowl. Now you gotta drink it — l’chaim!” 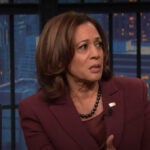