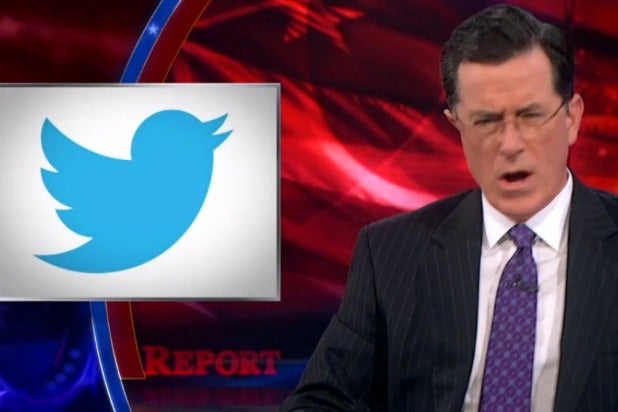 Jesus and Twitter have more in common than millions of followers: Talking about Twitter’s initial public offering Wednesday, Stephen Colbert looked at all the ways Christ is like the microblogging site.

But first Colbert noted that some investors aren’t any hipper to Twitter than Romans were to Jesus. He noted that stock in a company called Tweeter soared last week because investors mistook it for Twitter.

“Meaning the investors in Tweeter flushed all their money down the sheeter,” said Colbert.

He also pointed to a recent comment from Vatican Cardinal Gianfranco Ravasi that Christ “used tweets before everyone else, with elementary phrases made up of fewer than 45 characters, like ‘Love one another.'”

Colbert imagined Jesus’ hashtags, including “#YOLO” (you only live forever) and #OMM (oh my Me).

“Jesus never made any money, so he and Twitter have the exact same business model,” said Colbert.