Former Donald Trump adviser Steve Bannon is seeking a three-month delay in his trial for criminal contempt of Congress charges stemming from his defiance of a Jan. 6 House committee subpoena.

Bannon’s attorneys said in a motion to the court Wednesday that the publicity surrounding the congressional hearings investigating the events of Jan. 6, 2021, would make it impossible to seat an impartial jury for a trial set to start July 18. Bannon is seeking an October trial date.

“Select Committee members have made inflammatory remarks about the culpability of President Trump and his closest advisers, including Mr. Bannon, and have broadcast to millions of people their purported ‘findings’ on issues that may prejudice the minds of jurors in this case,” Bannon lawyers Evan Corcoran, David Schoen and Robert Costello wrote in the motion filed in a U.S. District Court for the District of Columbia. 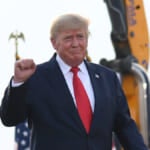 “Those broadcasts have been repackaged and re-broadcast in countless forms, creating a saturation of the information sources available to Washington, D.C. residents,” the motion states. “Under the circumstances, a continuance is warranted — to allow the effects of the Select Committee hearing coverage a chance to subside.”

Bannon was indicted by a federal grand jury in November for defying a subpoena from the Jan. 6 committee two months earlier. The select committee had requested documents and his appearance. When he refused, the House committee formally referred Bannon to the Department of Justice.

Bannon has insisted he had executive privilege due to his advisory relationship with Trump and was immune from the subpoena by the Jan. 6 committee, whose hearings continue next month after an intense, surprise session Tuesday in which former White House aide Cassidy Hutchinson delivered shocking testimony about Trump’s behavior during and around Jan. 6. 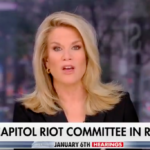 “When trial was scheduled,” Bannon’s lawyers wrote in the motion, “neither the Court nor the parties were aware of the June and upcoming July media blitz by the Select Committee. The media saturation in June and the upcoming hearings in July — right before trial — warrants a continuance.”