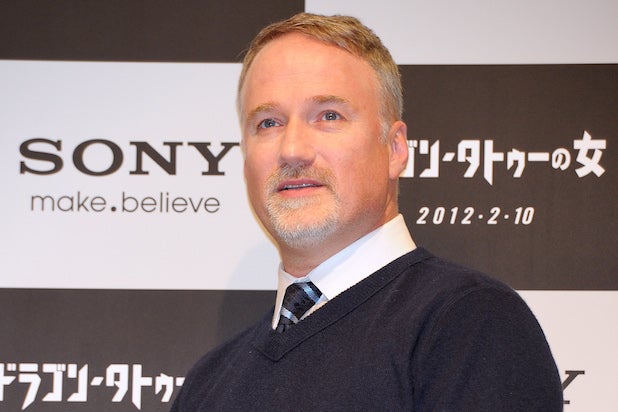 David Fincher is not in early talks to direct the Steve Jobs biopic for Sony Pictures — but he’s taking the meeting, TheWrap has learned.

Fincher agreed to accept a meeting with “The Social Network” team of Scott Rudin, screenwriter Aaron Sorkin and top Sony brass — as any loyal collaborator would after such a successful run. The studio would love to have Fincher back in the fold, but it remains to be seen whether the ultra-picky filmmaker will spark to Sorkin’s unique approach to the polarizing genius behind Apple, who’s already been made the subject of a biopic.

A representative for Fincher declined to comment on media reports regarding “early talks,” while Sony was adamant that there are no negotiations underway and referred to Fincher’s potential involvement as a “rumor” that is “premature” and “not real” yet.

Fincher tackled a similar tech figure in Facebook founder Mark Zuckerberg with “The Social Network,” and the director isn’t the type to repeat himself. (Some will argue that he made multiple serial killer movies between “Se7en,” “Zodiac” and “The Girl With the Dragon Tattoo,” but each of those movies saw the director take a unique approach.)

While Sorkin has likely gone to great lengths to differentiate his scripts for “The Social Network” and “Steve Jobs,” the two projects are inherently similar thematically.

Sorkin adapted Walter Isaacson’s bestselling biography of the Apple co-founder, and Rudin is producing the untitled movie with Guymon Casady and Mark Gordon.

Meanwhile, Fincher butted heads with Sony chief Amy Pascal on “The Girl With the Dragon Tattoo,” which may explain why a sequel has yet to come together, and why Fincher made his next movie, “Gone Girl,” for 20th Century Fox and New Regency.

Also read: Why Ashton Kutcher’s ‘Jobs’ Couldn’t Boot Up at the Box Office

Fincher would have no shortage of suitors vying for his attention once he moves on from “Gone Girl,” including HBO, with whom he’s developing the TV series “Utopia.” Fincher has enjoyed working on non-feature projects, having served as an executive producer on Netflix’s critically acclaimed series “House of Cards.” He’s repped by manager Joshua Donen and attorney Craig Jacobson.

Last summer, Open Road released a Steve Jobs biopic titled “Jobs” that starred Ashton Kutcher and Josh Gad as Steve Wozniak, who is a consultant on Sony’s movie. “Jobs” only grossed only $35 million worldwide, though Sony’s movie is expected to fare better at the worldwide box office considering the studio’s marketing muscle and Isaacson’s privileged access to Jobs during his final days.

And now for a note on the term “early talks”: Agreeing to take a meeting does not put a director or actor in “early talks,” with “talks” being industry nomenclature for “negotiations.” While Fincher may be the studio’s top choice, it would be inaccurate to say he’s anywhere near that stage. And he can’t exactly refuse to meet with and listen to his “Social Network” collaborators. Don’t dress for this one just yet.