In a blistering letter made public Thursday night, The Lincoln Project co-founder Steve Schmidt continued his score-settling, this time turning his ire to the New York Times and outgoing executive editor Dean Baquet.

Baquet, the letter said, is “responsible for the abandonment of The New York Times journalistic standards with respect to coverage of American politics in the Trump era.”

The letter, which Schmidt said his attorneys delivered to Baquet earlier in the night, complains that the Times’ reporting in early 2021 on the Lincoln project’s trials and scandals were rooted in “access journalism” and “transactional journalism.”

Schmidt also criticized how the NYT covered the scandal involving Lincoln Project co-founder John Weaver, who has been accused by more than 20 men of sexual harassment. 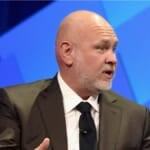 Calling that coverage “political hit pieces disguised as authentic and earnest reporting,” Schmidt said that an independent inquiry into that matter determined that Lincoln Project leadership “was unaware of the accusations against Mr. Weaver” until the article was published. The NYT’s reporting, however, led directly to a campaign of harassment against other Lincoln Project members who were falsely accused of being pedophiles, the letter said.

“Yet, remarkably, not a single story was written about this harassment, by The New York Times or any other publication.”

After complaining that the NYT never updated its reporting in light of The Lincoln Project’s investigation, the rest of the letter contains a lengthy description of events in 2020 and 2021 from Schmidt’s perspective. It’s very long, and you can read that in its entirety here.

Earlier, prior to sharing the letter, Schmidt also denounced unnamed people involved in The Lincoln Project for “the fame seeking, entitlement, delusion, dishonesty and grievance.” Read that here.