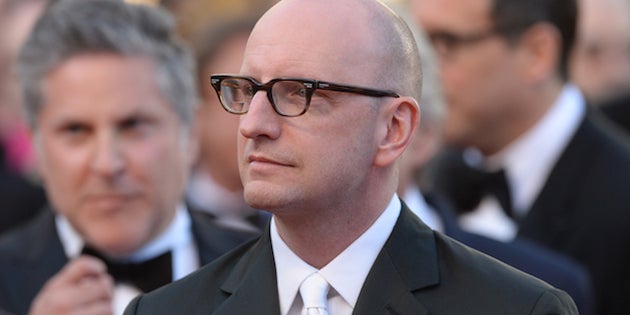 Hold off on all the stories about Steven Soderbergh's retirement: The Oscar-winning director says he's just switching mediums from film to TV.

Soderbergh says "Behind the Candelabra" may be his last film, and that he's fine with that. But he won't stop directing. "Candelabra" debuted to acclaim at the Cannes ahead of its premiere on HBO Sunday night.

"I certainly wouldn't be unhappy if 'Candelabra' turned out to be the the last movie I've made," Soderbergh said in a "Fresh Air" interview with Terry Gross. "I've got a few television things that I'm trying to get off the ground. I'm not gonna be idle. … I'm hoping that a couple of these TV notions will become reality. That would be fun."

Among the possibilities: Soderbergh is in talks to executive produce and direct 10 episodes of "The Knick," a Cinemax series with Clive Owen. Set at the beginning of the 20th century, it focuses on the groundbreaking medical staff at Knickerbocker Hospital.

Soderbergh has long expressed frustration with the studio system. In January, he told TheWrap that he took "Candelabra" to HBO because every studio rejected the Liberace drama as "too gay."

"They said it was too gay," he said. "Everybody. This was after 'Brokeback Mountain,' by the way. Which is not as funny as this movie. I was stunned. It made no sense to any of us."

"Behind the Candelabra" airs on HBO Sunday at 9/8c.