Steven Spielberg, Martin McDonagh, Todd Field, Joseph Kosinski and the team of Daniel Kwan and Daniel Scheinert have been nominated by the Directors Guild of America, which announced its nominees in the film categories for the 75th annual DGA Awards on Wednesday.

Spielberg was nominated for “The Fabelmans,” McDonagh for “The Banshees of Inisherin,” Field for “Tár,” Kosinski for “Top Gun: Maverick” and Kwan and Scheinert, who direct together under the name “The Daniels,” for “Everything Everywhere All at Once.”

It was the 13th DGA nomination for Spielberg, breaking his own record as the director with the most noms. Martin Scorsese is second with 10, and no other living director has more than five.

Kwan and Scheinert are the eighth directing team to be nominated for the top DGA award. The first was Gene Kelly and Stanley Donen for “Singin’ in the Rain” in 1952, followed by Melvin Frank and Norman Panama for “Above and Beyond” and “Knock on Wood,” George Abbott and Donen for “Damn Yankees,” Robert Wise and Jerome Robbins for “West Side Story,” Warren Beatty and Buck Henry for “Heaven Can Wait,” Jonathan Dayton and Valerie Faris for “Little Miss Sunshine” and Joel and Ethan Coen for “No Country for Old Men.” The Coens and Wise and Robbins won. 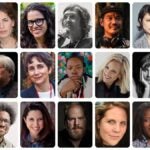 Directors who were not nominated by the guild include James Cameron for “Avatar: The Way of Water,” Damien Chazelle for “Babylon,” Baz Luhrmann for “Elvis” and Sarah Polley for “Women Talking.”

While there were no female nominees on the DGA list, four of the five nominees in the first-time feature category were women: Alice Diop for “Saint Omer,” Audrey Diwan for “Happening,” Antoneta Alamat Kusijanovic for “Murina” and Charlotte Wells for “Aftersun.” The fifth nominee in that category was John Patton Ford for “Emily the Criminal.”

DGA nominations have historically been among the most accurate guild noms for predicting what Oscar voters will do, and a DGA win has been even more reliable at predicting an Oscar victory. But the two groups haven’t matched up five-for-five since 2010. 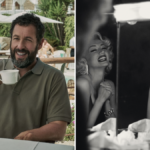 Since then, the Academy’s Directors Branch has gotten increasingly idiosyncratic and international. Last year, it chose Japanese director Ryusuke Hamaguchi for “Drive My Car” over DGA nominee Denis Villeneuve for “Dune,” even though the latter film won more Oscars than any other movie. In previous years, the Academy chose Thomas Vinterberg (“Another Round”) over DGA nominee Aaron Sorkin (“The Trial of the Chicago 7”) and Yorgos Lanthimos (“The Favourite”) and Pawel Pawlikowski (“Cold War”) over Bradley Cooper (“A Star Is Born”) and Bobby Farrelly (“Green Book”), among others.

On Tuesday, the DGA announced its nominees in the television categories.

Winners will be announced during the 75th annual DGA Awards ceremony on Saturday, Feb. 18, at the Beverly Hilton Hotel. 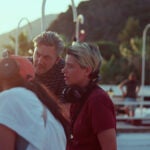