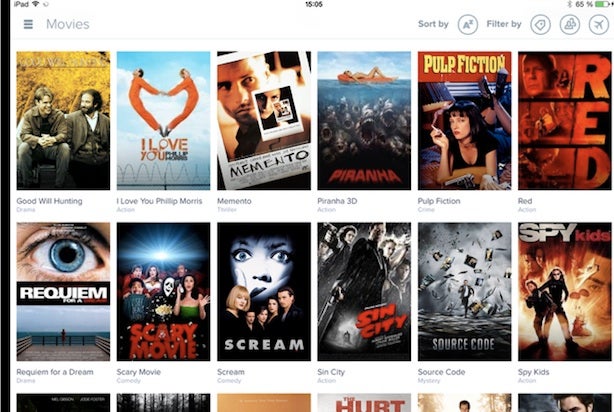 Big media likes to throw around buzz words like “disruptor,” but as Aereo, Redbox and Napster can testify, when mucking around with old business models, it helps to have a good lawyer on speed dial.  Things can get litigious, tout de suite.

Jonathan Benassaya, whose new cloud-based locker Streamnation launched this week, seemed fully aware of the legal blitzkrieg he may be in for when he spoke to TheWrap recently.

“I’m sure we’re going to have legal challenges,” Benassaya said. “Everything that relates to innovation in the content industry has always been a difficult birth.”

Get ready for some nasty contractions. In an indication what type of reception Streamnation may get in Hollywood, All Things D columnist Peter Kafka’s post on the company’s launch is illustrated with a picture of the atomic bomb detonating.

So what is it that’s so explosive about it?

Streamnation gives its users the ability to build a network of friends and families who have their own digital lockers. In turn, any person in the network can “borrow” a digital copy of a movie or TV show, to watch on any device, at any time. They can “check out” another person’s film for a 24 hour period, one at a time.  There is no limit to the number of people a user can have in their network, although Streamnation said it may re-evaluate that policy going forward.

“I see a paradox,” Benassaya said. “The content industry is fighting to find a replacement to DVD and Blu-ray sales, but by purchasing content on iTunes it stays on my iTunes account. Buying content today is more restrictive than it was in the days of physical discs.”

The company is small right now, with less than 10 employees, and has raised more than $6 million from Benassaya and from Cambridge, Mass.-based Atlas Venture.

There’s another catch that’s sure to ruffle feathers in the movie business and could impede growth: Benassaya said the company “cannot police content on an individual level,” which means that illegal copies of films could be shared within the Streamnation ecosystem. Like YouTube, the company said it will comply with laws and act if a rights holder alerts it to the fact that illegal content is being circulated.

That may not be good enough for studios who are likely to feel threatened by the new rights that Streamnation affords its users.

“Studios hate building new business models without their input,” Tom Adams, a home entertainment analyst at IHS Screen Digest, told TheWrap. “When that happens, it tends to be litigated.”

Streamnation believes that the “First Sale” doctrine, which allows companies to re-sell pre-recorded discs enables its user base to borrow films freely from each other, but some experts are dubious.

“Sharing films with family sounds like it would be alright within the bounds of law, but sharing an acquired piece of content beyond that with a big group of friends would be stretching it,” Bill Coleman, a veteran video-on-demand and pay per view consultant, said.

Benassaya co-founded Deezer, France’s answer to Spotify, and says he’s well versed in legal niceties related to content and argues his knowledge of copyright law will inoculate the company from Napster-style legal heartache.

When it comes to taking this nifty technology and making a profit, Streamnation faces another challenge — Ultraviolet. The cloud-based home entertainment ecosystem had a bumpy launch a few years ago, but it has picked up big retailers like Target and Best Buy and now has more than 14 million accounts. It also has the backing of all of the major studios, save Disney.

“Ultraviolet is all about allowing digital copies of your films to be shared among a family, but it’s in a way that’s not scary to the studios,” Adams said.

Unlike Streamnation, Ultraviolet limits the number of members on a particular account to six people.

To make money, Streamnation offers premium accounts ranging from $4 a month for 100 gigabytes of storage to $20 a month for unlimited storage. The bottom tier two gigabytes of storage package is free. Streamnation said it also plans to eventually offer storage for e-books and music.
One avenue that will remain closed is advertising.
“We”ll never sell your data,” Benassaya said. “We’ll never sell ads. We sell just gigabytes.”