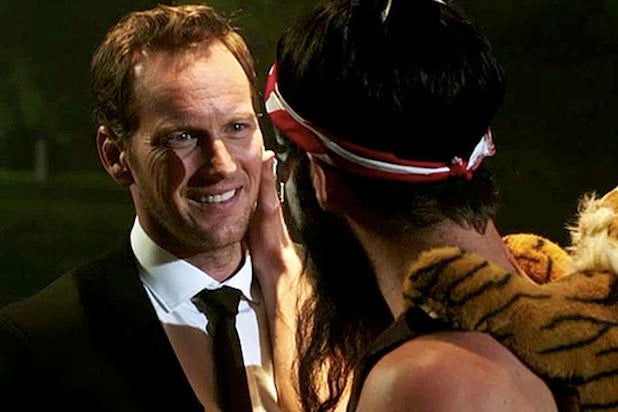 OK, “Stretch” isn’t a gem in the traditional sense, it’s more of a diamond in the rough. But it is an amusing display of Patrick Wilson‘s comedic timing and Chris Pine‘s darker side that is currently streaming for free on Netflix.

Given the subscription service’s push for original programming instead of offering more new releases, writer and director Joe Carnahan‘s action-comedy about a limo driver (Wilson) struggling through the task of driving a crazy billionaire (Pine) around Hollywood for a few hours is probably worth the hour-and-a-half running time for those who appreciate the genre.

While I won’t agree with Carnahan’s previous Twitter assessment that it’s “as good or better than” his best film (his filmography includes “The Grey,” “The A-Team,” “Narc” and “Smokin’ Aces”) “Stretch” is certainly enjoyable, providing viewers don’t get too distracted by its flaws.

Those include, but are not limited to, Wilson’s constant narration telling, rather than showing, audiences most of the important details, a happy-ish ending you’ll see coming two acts away, not enough Pine, and questionable logic from Los Angeles law enforcement officials.

But let’s get back to the thesis statement of this review.

Wilson — best known for starring in horror flicks “Insidious” and “The Conjuring,” as well as graphic novel adaptation “Watchmen” and Todd Field’s romantic drama “Little Children” — stretches his range to perfectly portray a miserable, unsatisfied gambling addict, who is redeemed by his sarcastic wit and charm. Carnahan complimented it as “absolutely brilliant,” so we can agree on that.

The failed actor’s life is in the can after the girl of his dreams (Brooklyn Decker) dumps him for a millionaire soccer player, and an old gambling debt catches up to him. If he doesn’t pay by midnight, a member of the Mexican cartel will probably make him pay with his life. To make matters worse, a shady rival limo driver named “the Jovi” is stealing all of his company’s clients, and when Stretch strikes back by stealing the business of Ray Liotta (playing himself), the Jovi places a crazed tow-truck driving henchman on the hero’s tail.

Also read: Joe Carnahan to Write, Direct 'Five Against a Bullet' for Sony

But then comes a possible savior: an uncredited Pine — best known for making Captain Kirk cool again in “Star Trek” — playing an eccentric billionaire, who offers to maybe give a big enough tip to cover the $6,000 gambling tab if Stretch does his bidding. A friendly limo company phone operator, played by Jessica Alba, recommends dumping the dude, because he’s actually a white collar criminal, but Stretch opts for rolling the dice.

Pine’s role in the movie Universal refused to distribute theatrically was described as “a cameo,” but he’s on screen much longer than Liotta or “Baywatch” alum David Hasselhoff, and plays a character intricate to the plot. It’s also one of the finer characters Pine has brought to life since he went nearly unrecognizable as an insane, redneck hitman in Carnahan’s “Aces.”

Once Pine parachutes naked into the picture, hilarious hijinks ensue, complications arise, reality singing competition contestants get roasted, Stretch and his limo get beat up, and the driver who came to Hollywood to be an actor finally learns how to deliver a line.

Wilson, alone, is reason to see this movie that doesn’t quite add up in the end, and forces its theme of destiny down the viewers throat. But the colorful characters, from cameos to co-stars, are also a delight.

Liotta and the Hoff do their best to play up the cliché of the difficult movie stars, while Ed Helms appears sporadically at Stretch’s side as a dead colleague, who Wilson recognizes as figment of his imagination. “Walking Dead” star Norman Reedus has a bloody cameo, and Jason Mantzoukas (“The League) makes the most of his time on screen, too. Then there’s a bouncer, played by Christopher Michael Holley, who has the best reaction ever when a desperate Stretch acts tough and pulls a gun on him.

Overall, the movie is flawed, but fun, so if you’re looking for your next Netflix pick, “Stretch” should be it.