STXfilms has acquired the U.S. distribution rights to “The Marsh King’s Daughter,” a psychological thriller that will be directed by “Divergent” filmmaker Neil Burger and star Daisy Ridley.

“The Marsh King’s Daughter” is based on Karen Dionne’s 2017 book of the same name. It tells the story of Helena, who was kidnapped as a teenager by her father and kept in a remote cabin in the marshlands. After years of trying to escape her past, she must now hunt her father down after he escapes from prison. “The Revenant” writers Mark L. Smith and Elle Smith adapted the screenplay based on Dionne’s book.

Black Bear Pictures will fully finance the movie that hopes to begin filming in Canada this June. 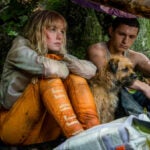 STXinternational previously secured the international rights for “The Marsh King’s Daughter” and presented the title to international partners at the European Film Market. They will directly distribute the film in the UK, Ireland, and India. U.S. rights were negotiated with Black Bear and CAA Media Finance.

STX previously worked with Burger on his drama “The Upside,” which was an English-language remake of the French blockbuster “The Untouchables” that starred Bryan Cranston and Kevin Hart. The film grossed over $100 million domestically at the box office. Ridley will also be seen in STX’s “The Ice Beneath Her.” 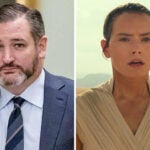 “We’re thrilled to be reuniting with Neil after such a successful collaboration on “The Upside” and extending our relationship with Black Bear and our friends at Anonymous Content,” Adam Fogelson, chairman, STXfilms Motion Picture Group, said in a statement. “Like The New York Times said about the novel, this project is as good as a thriller can be. Daisy Ridley is perfect for this role and we can’t wait to share this film with audiences in the territories we have acquired.”

“We are honored to partner with STX on the US release of ‘The Marsh King’s Daughter,'” Black Bear’s Schwarzman said in a statement. “STX consistently provides audiences with high quality, event-driven and original films, and Neil and our team are thrilled to add this unique psychological thriller to STX’s already impressive lineup.”