Substack has reached a major milestone: The newsletter company has 1 million paid subscriptions, according to a Monday release.

“These are subscriptions that didn’t exist before – they’re not being siphoned off from traditional media outlets or redistributed from other platforms. They represent a rush of new money into the media ecosystem, the vast majority of it going directly to writers,” co-founder Hamish McKenzie said in a blog post announcing the news.

He noted that the top 10 publications on the site bring in over $20 million per year. 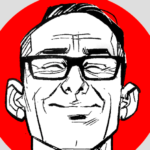 “Our pitch to writers has always been: ‘We’ll take care of everything except the hard part.’ You don’t have to know anything about tech or business to succeed on Substack. You can set up your personal media empire in minutes. With the subscription model, you can generate meaningful revenue without having to reach millions of readers. If you can convince a thousand people to subscribe for $5 a month, you’ll make more than $50,000 a year. A few thousand subscribers is enough for total financial security,” McKenzie said. “Substack writers have broken major national stories, brought calm in a time of tumult, and spurred a renaissance in culture writing. Many writers make their living on the platform, and others are building new empires from scratch.”

McKenzie noted that the milestones “are not enough” and the company plans to continue its growth.

Substack has seen a boom of talent in recent months. Bari Weiss left the New York Times to launch a newsletter, and Glenn Greenwald left the Intercept, which he co-founded, to do the same. Substack also boasts Salman Rushdie, Judd Legum, Kareem Abdul-Jabbar and Chuck Palahniuk among its high-profile creators.