Best-selling author Chuck Palahniuk is joining Substack, he announced Monday, and will be releasing his new novel, “Greener Pastures,” in installments on the platform. The serialized fiction novel will be part of a broader output called “Plot Spoiler,” making him the latest media and literary figure to join the burgeoning newsletter subscription service.

In a call with TheWrap, Palahniuk declined to discuss any financial terms, but said he was approached by Substack after last year’s “Consider This” memoir got “a ton of podcast attention” and great reviews.

“A gentleman there had read it and approached me about the idea of doing a newsletter that would be writing advice, but I also had a novel ready,” he explained. “And rather than publish it conventionally, I thought I would publish it serialized.” 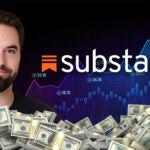 Palahniuk pointed out that he’s published short stories in the past, but they “just don’t have a market anymore because the glossy magazines have gone away.” He noted there was another appeal to Substack, too: “I teach, so I thought this would make a great kind of online literary magazine to present the best of my students’ work and to use that as a teaching tool.”

The author will publish chapters from “Greener Pastures” along with writing advice and pieces of his students’ work, but hasn’t ruled out publishing the novel in “a different form” after the serialized drops conclude.

“I do not want to bring it out as just a compilation. If I brought it out as a conventional book subsequently, I would be adding a bunch of extra material to make it a denser, thicker, richer book,” he said. 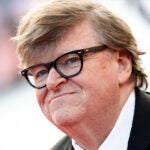 He added that the fate of “Greener Pastures” beyond Substack is dependent on “if the book garners a readership, if it attracts a conventional publisher — just all those factors.” It did have a publisher before the Substack deal happened, however. The book, Palahniuk told TheWrap, was slated for a release with Hachette. The publisher “was kind enough” to grant Palahniuk’s request for a withdrawal — but he agreed to publish another one with them “in the coming couple years.”

Fans of “Fight Club,” “Invisible Monsters” and all of the author’s past acclaimed works will be happy to know that “Greener Pastures” started out as a young adult novel, but “got fantastically dark and kind of profane very quickly,” he said. Not to give away too much, but expect a story of “a cluster of suicides at this particular, sort of small city” among gifted, bright, high-achieving kids who, like kids in real life, have to choose between the security of guaranteed money and the decision to follow their own destiny.

The novel will be behind a paywall, while writing advice and insights will be available for free. Palahniuk plans to post at least twice a week “for the sort of vocational writing advice or writing prompts” and include his own short fiction among the chapters, student work and writing tips.

“I’ve only been doing it for about five weeks and I absolutely love it,” he said. “It feels like the first real job I’ve had since I left my day job 23 years ago. I love keeping my head in the game and it’s making my teaching better because every day I am so much thinking about what I tend to do intuitively. I’m having to identify it and then articulate it and break it down in this empirical way so that I can teach it to my students, but also so I can write short essays and communicate it ultimately over Substack.”