HBO dropped the trailer for “Succession” Season 3 on Friday, revealing that Kendall Roy (Jeremy Strong) is now a “good guy” and his father Logan Roy (Brian Cox) is going “full f—ing beast” in response to his son’s betrayal.

Watch the trailer for “Succession” Season 3 above, which also features appearances by series newcomers Adrien Brody and Alexander Skarsgård, whose characters are set to play key roles in the battle between Logan and Kendall this season.

Also present are the other Roy children — Connor (Alan Ruck), Shiv (Sarah Snook) and Roman (Kieran Culkin) — who are each going about picking sides in their own uniquely destructive ways. 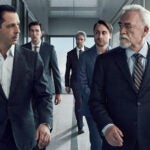 Here’s the official description for the nine-episode third season of the Emmy-winning series: “Ambushed by his rebellious son Kendall at the end of Season two, Logan Roy begins Season three in a perilous position, scrambling to secure familial, political, and financial alliances. Tensions rise as a bitter corporate battle threatens to turn into a family civil war.” 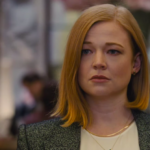 It’s been a long wait for new “Succession” episodes since the second season of the critically acclaimed series — which garnered a total of seven Emmys, including Outstanding Drama Series — ended in October 2019.