“Ascension,” “Flee” and “Summer of Soul” are among the 15 documentaries that have made DOC NYC’s 2021 “Short List,” an annual round-up of the nonfiction films most likely to figure in the upcoming awards season.

Other films on the Short List include “Attica,” “Becoming Cousteau,” “Bring Your Own Brigade,” “Faya Dayi,” “Homeroom,” “In the Same Breath,” “Introducing, Selma Blair,” “Julia,” “Procession,” “The Rescue,” “Roadrunner: A Film About Anthony Bourdain” and “The Velvet Underground.”

All of the films will be screened in a special section at the DOC NYC festival, the largest U.S. festival devoted to nonfiction film. 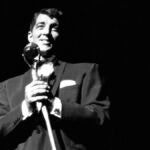 The festival also announced a second Short List for documentary shorts. It included “A Broken House” and “Eagles” (“Aguilas”), both of which were also on recent shortlists from the IDA and the Cinema Eye Honors.

The DOC NYC list is overseen by Thom Powers, artistic director of DOC NYC. The list has included the eventual Oscar winner eight times in the last nine years, and 39 of the last 45 Oscar-nominated documentary features.

Last year was atypical, with the DOC NYC short list including only three of the five Oscar nominees, missing “The Mole Agent” and also the eventual winner, the late-breaking “My Octopus Teacher.” It did, however, contain 10 of the 15 films that made the Oscar shortlist for doc features. 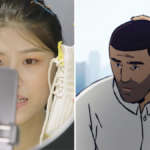 The lists, from the DOC NYC release:

“Faya Dayi”
Dir/Prod: Jessica Beshir
Winner of multiple festival prizes, “Faya Dayi” takes us on an ethereal journey through Harar, Ethiopia, the hometown of director Jessica Beshir, as she follows the harvesting of the euphoria-inducing khat plant. (Courtesy of Janus Films)

“Audible”
Dir: Matt Ogens
Prod: Geoff McLean
After breaking their winning streak, Maryland School for the Deaf’s championship high school football team shares their triumphs, trials, and how they will bounce back. (Courtesy of Netflix)

“Nothing to Declare”
Dir/Prod: Garret Daly
Prod: Martina McGlynn
Two men laugh about their days of mischief and wonder as they remember their most iconic adventure: hopping on a one-way plane to New York.

“The Queen of Basketball”
Dir: Ben Proudfoot
Prod: Elizabeth Brooke, Abby Lynn Kang Davis, Gabriel Berk Godoi, Brandon Somerhalder, Sarah Stewart
Lusia Harris, the first and only woman ever officially drafted to the NBA, takes a seat and shares her story as a woman before her time and a legend in the women’s basketball community. (Courtesy of The New York Times Op-Docs)

“Snowy”
Dir: Kaitlyn Schwalje, Alex Wolf Lewis
Prod: Rebecca Stern, Justin Levy
Stuck in the trenches of the family basement, the beloved family pet Snowy is about to get a new lease on life.  (Courtesy of TIME Studios)

“They Won’t Call It Murder”
Dir: Melissa Gira Grant, Ingrid Raphaël
Prod: Ruun Nuur, Chase Whiteside
A sobering chronicle of police killings in Columbus, Ohio, this documentary captures some of the countless stories of police brutality that have  never been classified as murders by law enforcement. (Courtesy of Field of Vision)