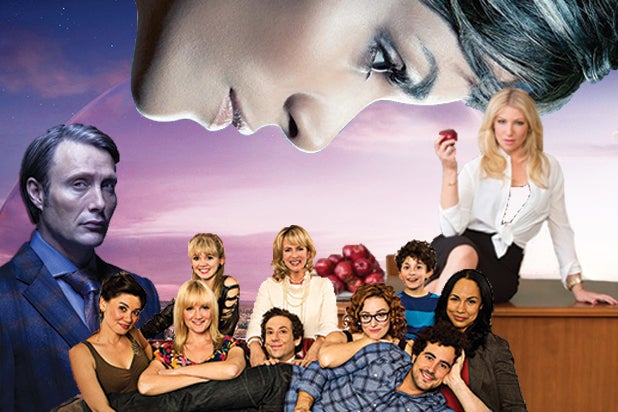 Sorry, beach bums: Summer is halfway over. But for fanatical TV viewers, that generally signals good news as the fall season is just around the corner.

But actually, it’s not like summer fare is all reruns and filler these days — just ask the 12.5 million people that NBC’s “America’s Got Talent” averages on Tuesdays. Or the 10.3 million the competition series reels in Wednesdays. Those two time slots top the 62 series airing originals so far this summer across CBS, NBC, Fox, ABC and The CW — at least in total viewers.

Below are the rankings based on the total number of people who watched and the ratings in the 18-49 demographic most important to advertisers. The two don’t always align — right, “Unforgettable?”

Technically summer TV starts the day after May sweeps concludes — but of course, not all shows begin at the same time.

Using the “most current” viewership data from Nielsen — which includes a live plus seven-day window — episodes from the past two weeks will not have the delayed viewing lifts that older ones will. This won’t affect reality shows much, but it will affect shows such as the most recent episodes of CBS’ “Under the Dome.”

The viewer totals reflected below are from all original episodes that aired between May 22 and July 27. Reruns have been factored out for this study.

So how did this summer’s crop of shows fare?

NBC’s talent competition takes the top two slots for Tuesday and Wednesday episodes, respectively. Next up is “Under the Dome,” which still gets a strong L+7 lift.

The new Halle Berry space drama “Extant” has been mediocre in the key 18-49 demo ratings, but it’s getting plenty of older viewers on CBS — enough for fourth place, which is tops among new shows.