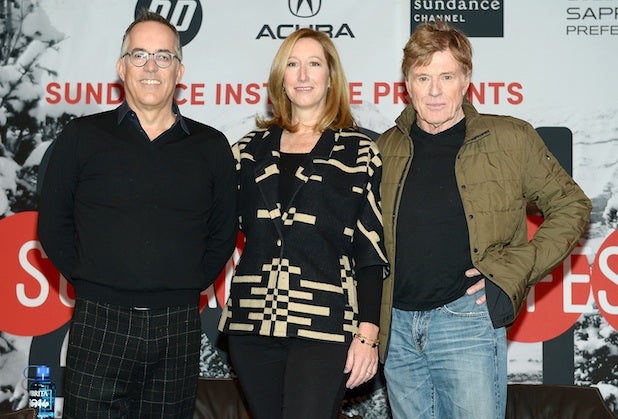 Though women continue to find more success (and work) in the independent space — where they can generate their own work, particularly on the documentary side — there has been no overall change in the number of female directors and producers at Sundance over the past decade, a new study commissioned by the Sundance Institute and Women in Film Los Angeles found.

The two organizations collaborate on an initiative to achieve gender parity, promoting opportunities for female filmmakers and encouraging Hollywood to end its bias towards male directors.

They offer a mentorship program, financing help and a large network of allied organizations. This study is based on the examination of female participation in the festival’s lineup and conversations with industry executives.

“Our collaborative initiative has furthered the dialogue around the importance of women behind the camera,” Sundance Institute executive director Keri Putnam said in a statement. “We are grateful to the researchers and allied organizations in lending their analysis and expertise to help us identify the most productive next steps to address existing challenges.”

Sundance continues to help aspiring female filmmakers with its labs, where 42.6 percent of fellows are women. Yet the numbers slide when it comes to women whose movies screen at the festival, as 28.9 percent of creators working behind the camera on 82 U.S. films at last year’s festival were women.

There are myriad reasons for this disparity, and the initial report identified obstacles such as financial barriers and male-centric social networks. Further analysis indicated industry leaders also tend to “think male” first, believing there are fewer female directors.

“Conceiving of the directing role in masculine terms may limit the extent to which different women are considered for the job,” the study found. “These findings illustrate how a reliance on stereotypes creates decision-making biases that weaken women’s opportunities.”