Despite rapturous reviews out of last January’s Sundance Film Festival, writer-director Eliza Hittman’s drama “Beach Rats” has been the focus of intense scrutiny for a brutal act of violence and the implied death of a young gay man targeted through a cruising website.

This realistic depiction of a hate crime was problematic for some early audiences at Sundance, where the film earned Hittman the festival jury prize for Best Director. Neon, which acquired domestic rights to the film, is releasing it in indie cinemas starting on Friday.

“As a gay man I found this intensely difficult to watch, I was really writhing in my seat,” one audience member told Hittman at a Q&A following the first screening in Park City. “I’m really angry to see this story told yet again, in a way that makes me feel almost hopeless for so many of my brothers,” he added.

But Hittman was unapologetic — both at the screening and in a subsequent interview. “I’m interested in taboos as a filmmaker, and I think that that will always be challenged by a male audience,” she told TheWrap on the day of her packed second screening (which was attended by former First Daughter Malia Obama).

“I don’t want people to walk out of the movie talking about what they’re going to have for dinner,” she added. “It doesn’t really expand or challenge what you think about the world.”

At the first Q&A, though, Hittman admitted that she was “caught off guard” by the offended filmgoer, whose response was influenced by the fact that she is not a gay man herself. “Coming from outside this world do you ever question, ‘Should I be telling this story? Am I doing it justice?”” he asked.

“Do I need permission? Who do you ask for permission to tell a certain story?” she wondered aloud from the stage. “A lot of my very favorite challenging films about women have been written and directed by men. Having grown up in Brooklyn in a household that was incredibly homophobic … I didn’t feel it was out of my realm, or out of my wheelhouse,” she added.

She bluntly told the audience member, “People who are looking for films with very straightforward messages should watch after-school specials.” She also explained that her protagonist faces a specific and harrowing sort of pressure that can lead to destructive behavior. 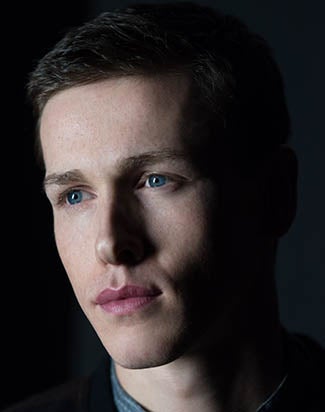 “Beach Rats,” which hits theaters on Friday through Tom Quinn and Tim League’s upstart distribution label Neon, follows a twentysomething named Frankie (newcomer Harris Dickinson) who navigates his father’s terminal illness, a fragile romance with a local girl and the men he has sex with in the brambles of the beach. It’s safe to say that Frankie has a type — an older, shadowy male sex partner he pursues throughout his escalating identity crisis.

But one of his suitors is a sweet, age-appropriate boy and — spoiler alert! —  he’s the one lured by Frankie and a group of straight friends who rob him and leave him much worse than they found him.

Not only does the scene conjure the dreaded #BuryYourGays television trope of brutalizing LGBTQ people, it directly invokes the many cases of men using gay hook-up apps like Grindr to commit crimes — and it’s used as a plot twist that struck some audience members as exploitative.

Hittman admitted that she was “a little bummed” by the feedback she got at the first Q&A in Sundance. “I understand the film is powerful and is going affect people,” she said.

The director later wondered if the fact that she’s a woman affected the audience’s resistance to the raw storytelling she prefers.

“One thing that is challenging for me as a female filmmaker is, you get a little bit pigeoned into telling a certain kind of teen female story,” she told TheWrap, noting that her first feature, 2013’s “It Felt Like Love,” was told from the perspective of an adolescent girl facing similar and crushing pressure.

Kim Yutani, senior film programmer for Sundance, isn’t surprised by the strong reactions that Hittman’s film has generated. “The fact that she suggests her lead character has done something completely unforgivable is hard to comprehend because over the course of the film Eliza has built a character and made us understand him — and even really like him — in his deep struggle with himself,” Yutani wrote in an email to TheWrap.

“Internalized homophobia that results in violence against the LGBT community is difficult to process, and Eliza’s artistic exploration of this reflects a reality that is particularly painful to see represented on screen,” added Yutani, who previously worked for LGBTQ festival OutFest. 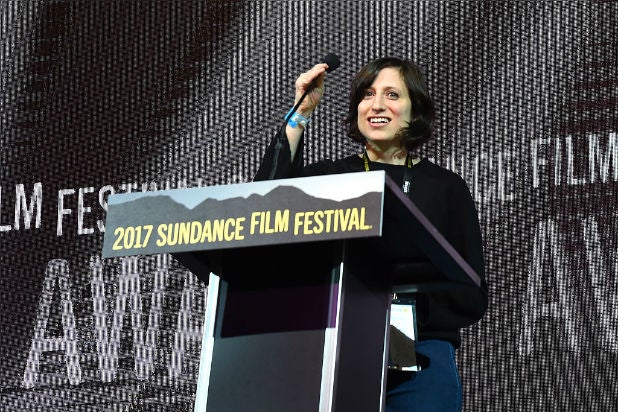 Hittman added that “Beach Rats” was based on real-life incidents in New York City. “I’ve had friends who have been attacked walking around certain areas of Brooklyn, and been totally knocked out. I’ve had people who have had Grindr experiences,” she said. “I’m aware of all the types of violence that exist, and I’ve read about them and processed them. I think [the victim in the film] represents many types of victims.”

There is no shortage of real-life incidents that mirror those of “Beach Rats.” On Monday, a Texas man was charged with robbery and kidnapping at gunpoint using Grindr to find his four victims. Last November, a string of five incidents in Florida were all tied to young men lured into dates, only to be greeted by armed robbers, one of which saw a young man beaten in the face with a baseball bat.

The same month in London, 41-year-old Stephen Port was sentenced to life in prison for the murder of four gay men he drugged to the point of overdose and raped using hook-up apps.

Regardless of the early feedback, “Beach Rats” is as controlled, confident and unflinching as its filmmaker. Just consider her words when introducing her film for the first time.

“This is a tough movie,” she told the crowd. “But you guys look tough.”