The Sundance Institute Board of Trustees elected Ebs Burnough as chair, the organization announced Friday. Sean Bailey and Gigi Pritzker were announced as vice chairs.

Burnough, who was appointed as the board’s vice chair in 2020, will succeed Pat Mitchell and will assume his new duties as chair in October 2021. He is currently chair of the institute’s racial equity and justice task force, and serves on both the governance and finance committees of the board.

As a filmmaker, writer and producer, Burnough serves as the managing director of Hatch House Media, a production company focusing on film, television and theater. He is also the former White House deputy social secretary and senior advisor to First Lady Michelle Obama. 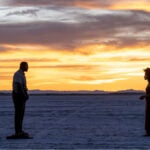 “I could not be more honored to step into this role at this transformative and crucial time in our cultural landscape,” Burnough said in a statement. “I am immensely grateful for Pat’s tireless commitment and Bob’s incredible vision. I pledge to continue to serve the Institute’s mission, as well as advocate for conversations and actions across Sundance and the storytelling community at large to ensure all voices are heard.”

Mitchell will continue as a trustee, following her 25-year involvement with the board, including her service as chair of the development committee, vice chair and chair. Mitchell also co-chairs the CEO search committee for the organization’s next executive to succeed Keri Putnam.

“[Robert] Redford saw a need 40 years ago to create a space where artists could fail and try again; where new ideas and new voices could be nurtured and supported,” Mitchell said. “That same need continues today, and the original lab programs he created continue year round, supporting artists from around the world. He went on to found the Sundance Film Festival, expanding the vision to create audiences for independent film. In a dynamic and ever evolving ecosystem of storytelling, Sundance continues to uniquely serve a global community of film, theatre, and multidisciplinary artists and it has been my privilege to support Redford’s vision over the years.” 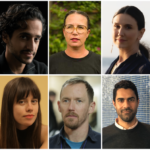 Bailey and Pritzker will begin their roles as vice chairs in October 2021. Bailey, who is the president of Walt Disney Studios Motion Picture Production, most recently served as the chair of the 2021 festival task force.

Pritzker currently serves as the chair of the building committee and sits on the racial equity and justice task force as well as the CEO search committee. As the founder and CEO of Madison Wells, Pritzker focuses on uplifting marginalized voices in film and television.