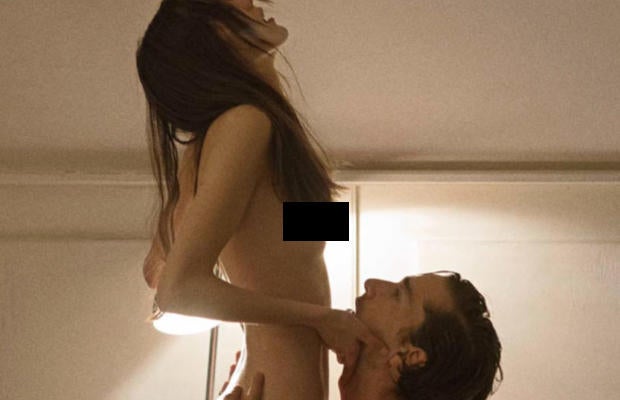 After plenty of speculative foreplay, the Sundance Film Festival’s secret screening turned out to be Lars von Trier’s controversial sex drama “Nymphomaniac: Volume 1,” which premiered to a crowd of nearly 300 brave moviegoers at the Egyptian Theater on Tuesday night.

In the end, the mystery movie’s 117-minute running time (as noted in the festival’s program) turned out to be a big enough clue to allow savvy film fans to solve the mystery prior to the sold-out screening.

In a shrewd scheduling decision by Sundance programmers, the buzzed-about “Nymphomaniac” debuted at the same time as the world premiere of “The Raid 2,” which was high on many must-see lists and saw its own drama when a man suffered a medical emergency in the middle of the movie.

Due to the film’s graphic sex scenes, Sundance staff checked IDs to ensure that everyone in the crowd was over 18 years old. Those who were 21 or older were rewarded for their bravery with free beer. They were also able to strike a pose in their favorite O-faces in a “Nymphomaniac” photo booth of sorts.

Lars von Trier, who has never been to the U.S., failed to make the trip to Park City due to a fear of flying, though it’s unclear what his ensemble cast was afraid of, as none of the actors showed up. As such, there was no post-screening Q&A.

While the film has already opened in several international markets, Magnolia Pictures won’t release it in North America until March 21. The uncut, complete version of “Nymphomaniac” will world premiere at the Berlin Film Festival next month.

Reaction on social media appeared to be mixed, those that’s to be expected due to the divisive nature of such a provocative film.