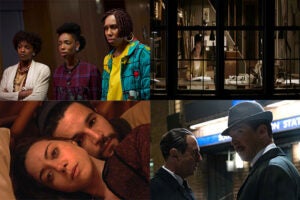 Sundance 2020: While the fest has showcased a number of strong films, often with political messages, it’s also a Sundance full of cautious buyers and distracted viewers

Kobe Bryant. The Trump impeachment trial. The Grammy Awards, happening on a night when nobody is sure if a Grammy statuette is worth a damn. Bernie v. Elizabeth v. Joe v. Mayor Pete. Five awards shows in one night.

And, oh yeah, there’s a film festival going on here in Park City, Utah. But is Sundance really a priority for anybody at this particular moment in time?

If you judge by the crowds on Main Street or the number of indie filmmakers criss-crossing the town, yes. But distribution deals have been slow to materialize and the excitement of being part of the first audience at a Sundance sensation hasn’t really emerged. This feels like a muted Sundance — muted by this year’s crop of films, muted by what’s happening in the world down at sea level and muted by the knowledge that those eight-figure deals over the last few years haven’t produced any real returns.

A Sundance full of cautious buyers and distracted viewers is not a prime Sundance — this, after all, is a fest that needs some audience hysteria and few good bidding wars to hit its stride. But this year, it seems, the festival and its indie filmmakers are struggling for attention in chaotic times.

Also Read: Sundance 2020: Every Movie Sold So Far, From 'The Father' to 'Mucho Mucho Amor'

Indie-film veteran Cassian Elwes summed it up pretty succinctly in a tweet on Sunday afternoon: “Man I used to have such fun selling movies in Sundance creating crazy behavior amongst the buyers, using the altitude to (make) them irrational with the press eating it up. I don’t think it happens like this so much anymore. Perhaps that’s a good thing.”

Man I used to have such fun selling movies in Sundance creating crazy behavior amongst the buyers , using the altitude to mage them irrational with the press eating it up. I don’t think it happens like this so much anymore. Perhaps that’s a good thing

Still, business began to pick up late Sunday with Amazon Studios acquiring “Herself” and Searchlight Pictures circling the psychological thriller “The Night House” for an eight-figure deal. And if you look closely, the first four days of the festival have brought a lot of work that deserves to be applauded and/or bought — and a lot of work that offers pointed rebukes to the politics of the day, and a lot of cries for empathy rather than rancor.

As usual for Sundance, the documentaries may well prove to be the most lasting work. Kirby Dick and Amy Ziering’s “On the Record,” the story of three black women who spoke out about the sexual misconduct of rap mogul Russell Simmons, came in on a wave of controversy over Oprah Winfrey’s 11th-hour withdrawal, and had the crowd at its Saturday premiere stunned and in tears. Bryan Fogel’s “The Dissident” laid out the Saudi government’s complicity in the murder of journalist Jamal Kashoggi in devastating detail and made President Donald Trump’s refusal to hold the Saudis accountable infuriating.

Even films like Ron Howard’s “Rebuilding Paradise,” about the wildfires that ravaged the California town that Trump inadvertently called “Pleasure,” doesn’t need to focus on the current administration to be damning. “Welcome to Chechnya” depicts the brutal treatment of LGBT community by the Putin-backed regime in Russia, and the Hulu miniseries “Hillary,” which screened in its entirety over the weekend, is devoted to the former secretary of state who remains a convenient target for the president. And crowd favorite “Boys State” follows teens in Texas demonstrating how politics can be about cooperation, not division.

You could even say that a couple of the festival’s music documentaries are unexpectedly political: The intimate Taylor Swift doc “Miss Americana” focuses on the singer’s decision to begin speaking out about LGBT and women’s issues, while the terrific “The Go-Go’s” is an incisive chronicle of the all-girl band that stops to consider the real problems of being female pioneers in an industry not accustomed to given women much agency.

For the last three years, Sundance films have often represented the resistance to the current administration, so it’s hardly surprising that it’s a running theme this year. And it extends even to well-received dramas that don’t deal explicitly in politics: For example, writer-director-actor Viggo Mortensen told TheWrap that he wrote his family drama “Falling” thinking of the need for empathy and understanding in times when those are in short supply.

Other Sundance dramas that have received acclaim include a number that join “On the Record” and even “Miss Americana” and “The Go-Go’s” as real examinations of women’s issues in the #MeToo era: Eliza Hittman’s “Never Rarely Sometimes Always,” which depicts the difficulties put in the path of a teenage girl trying to get an abortion; Julie Taymor’s “The Glorias,” an adventurous biopic about pioneering feminist Gloria Steinem; Phyllida Lloyd’s “Herself,” a touching chronicle of an abused wife trying to rebuild her life in Dublin; and Emerald Fennell’s “Promising Young Woman,” with Carey Mulligan as a young woman who lures potentially predatory men into traps. You could also include Kitty Green’s “The Assistant,” though that film is in the small Spotlight section of films that made their premieres at other festivals.

Meanwhile, Lee Isaac Chung’s “Minari” debuted Sunday to some of the festival’s best reviews, putting a Korean-American spin on the immigrant saga and giving producers Plan B and distributor A24 a solid winner.

It’s wrong, of course, to paint the lineup as full of nothing but overt or covert state-of-the-union messages. Among the other films that have won acclaim over the first four days are Benh Zeitlin’s exhilarating “Wendy,” a spirited riff on “Peter Pan” that is the director’s follow-up to “Beasts of the Southern Wild”; Josephine Decker’s “Shirley,” a bold fictional take on author Shirley Jackson; Dominic Cooke’s period spy drama “Ironbark,” an unusual kind of film for Sundance; the rom-com “Palm Springs,” with Andy Samberg and Cristin Miliotti; and “Four Good Days,” Rodrigo Garcia’s drama starring Glenn Close as a mother dealing with her drug-addict daughter (Mila Kunis).

They’ve all been embraced by audiences and to varying degrees by critics, and together they’ve meant that Sundance 2020 has showcased a solid group of films. What they haven’t done is provide the kind of jolt that Sundance-goers live for. 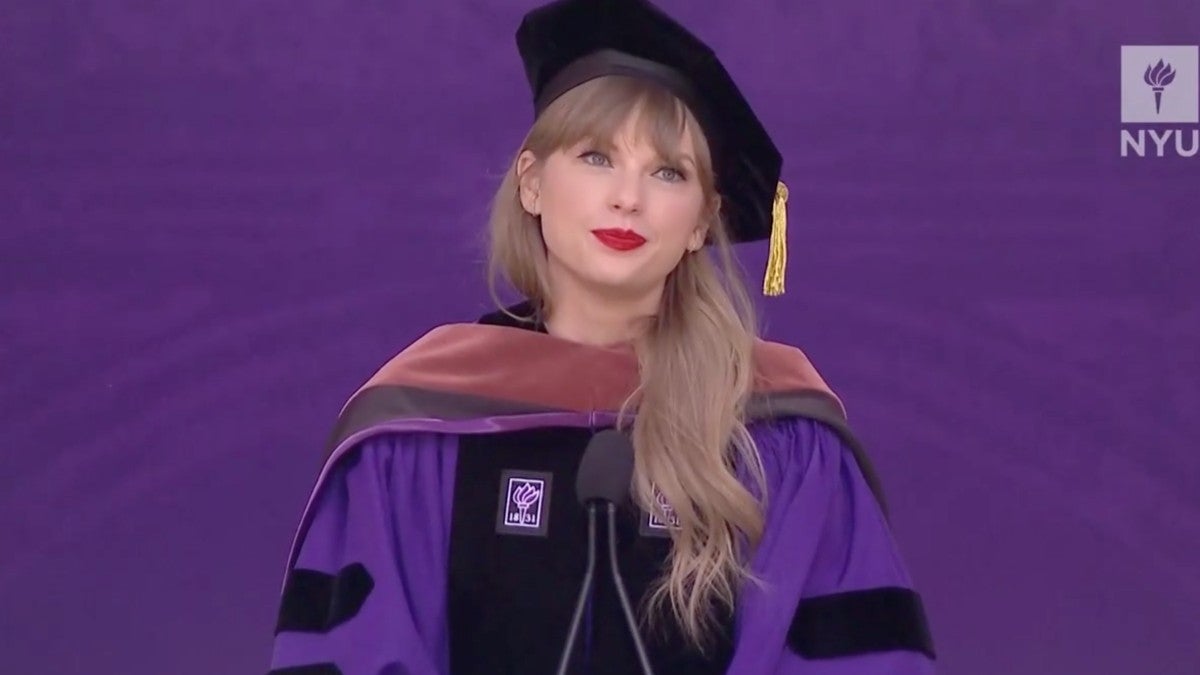 Taylor Swift Accepts Honorary Doctorate from NYU: ‘I’m 90% Sure That the Reason I’m Here is Because I Have a Song Called 22’ (Video)