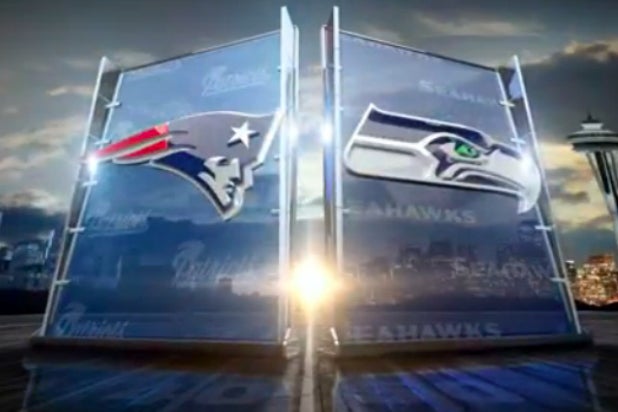 “Last night’s Patriots-Seahawks Super Bowl ranks among the most exciting sporting events in U.S. history,” said Mark Lazarus, chairman, NBC Sports Group. “Super Bowl XLIX delivered for all of our partners, proving once again that the Super Bowl is the most dominant and consistent property on television.”

NBC’s “The Blacklist” earned 26.5 million viewers following the postgame show — the biggest overall audience for an NBC scripted series in more than 10 years (“ER” on March 6, 2004 — the night of the “Friends” finale). The James Spader drama got an 8.7 in the advertiser-sought 18-49 demographic.

Sunday’s “Blacklist” was TV’s most-watched scripted series on the so-called Big 4 networks in more than three years, since the Ashton Kutcher season premiere of “Two and a Half Men” (28.7 million viewers on Monday, Sept. 19, 2011).

Finally, at 12:13 a.m. ET, a special post-Super Bowl edition of “The Tonight Show Starring Jimmy Fallon” delivered the biggest viewer number — 9.8 million — for a post-Super Bowl late-night talk show in the history of People Meters. “Tonight” brought in a 3.6 rating in the key demo.

Highlights from Fallon’s show included a lip sync battle featuring Kevin Hart and Will Ferrell, as well as a star-studded a cappella serenading of the new Super Bowl Champions.