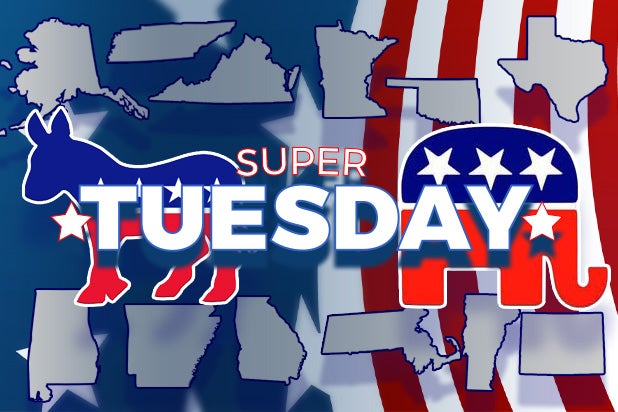 Super Tuesday was a big night for Hillary Clinton and Donald Trump — and a surprisingly good night for Ted Cruz, who tried to position himself as the Republican Party’s last hope of preventing a Trump presidency.

Clinton looked past her Democratic rival, Bernie Sanders, to begin testing out potential general-election attacks on Trump. Trump took plenty of shots at her and his Republican rivals, especially Marco Rubio. He again called the Republican senator, the party establishment’s best hope, a “lightweight” and “little senator” who had “a rough night.”

Welcome to our coverage of Super Tuesday, aka The Culling: This is the day that could mean the death of underperforming campaigns, though no one bailed out immediately after Tuesday’s results.

Cruz outperformed expectations by taking his home state of Texas, a must-win for him to continue in the Republican presidential race, as well as Oklahoma and Alaska. His night was made sweeter by the fact that Marco Rubio only won Minnesota, while coming in third in most other states.

Speaking to supporters at his Mar-a-Lago estate in Florida, Trump congratulated Cruz for his win in Texas before taking a swipe at Clinton’s record, saying she has been in politics a long time and “isn’t going to straight it out” if elected president.  Trump also took aim at Rubio, saying the “little senator” had a “tough night.”

Cruz warned his supporters that as long as the field is divided, “Donald Trump’s path to the nomination remains more likely.” He said it would be a “disaster” for conservatives and the nation.

Clinton told supporters in Florida that “this country belongs to all of us, not just those at the top, not just to people who look one way, worship one way or even think one way,” while Sanders promised his supporters he would take the fight to the 35 states that remain in contention.

Democrats voted in 11 states and American Samoa Tuesday, with 865 delegates up for grabs. Republicans were voting in 11 states, with 595 delegates in contention.

Since this is an entertainment site, here’s a list of who in Hollywood supports which candidate. It should tell you who’ll be happy Wednesday morning and who’s assistants are going to have a rough day.