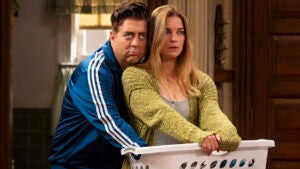 The CW’s superhero shows, “The Flash” and “Superman & Lois,” both added to last week’s audience total on Tuesday. While it wasn’t quite enough to climb out of the broadcast basement in terms of total-viewer averages, The CW did end up in a ratings tie with (the all-rerun) ABC.

NBC finished first among adults 18-49 for another Tuesday primetime, this time with two hours of U.S. Olympic Trials leading in to a rare 10 o’clock “America’s Got Talent.”

CBS was first in total viewers, airing a trio of reruns. 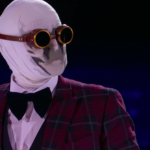 Tuesday’s “America’s Got Talent” featured masked magician Klek Entos, one of the strangest contestants the judges have ever see. The mysterious magic man (who carries an ax around with him??) freaked Heidi Klum, Simon Cowell, Howie Mandel and Sofia Vergara out by making a spider appear, then disappear, and being generally creepy in the process. He got a “yes” from each panelist, because everyone was too scared to say no. A much more wholesome act, the World Taekwondo Demonstration Team, received the night’s Golden Buzzer.