Leslie Jones’ “Supermarket Sweep” revival and “Celebrity Wheel of Fortune” are getting second seasons at ABC.

ABC’s “Supermarket Sweep” debuted last October. A passion project for Jones following her departure from “Saturday Night Live,” the show is a revival of the 1960s game show of the same name hosted by Bill Malone. The show follows three teams of two as they battle it out using their grocery shopping skills and knowledge of merchandise to win big cash prizes.

Fremantle produces the series for ABC, with Jones serving as executive producer alongside Jennifer Mullin. 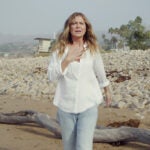 Franchise stars Pat Sajak and Vanna White also host the celebrity version, which is produced by Sony Pictures Television. Mike Richards, the prolific producer behind “Wheel,” “Jeopardy!” and “The Price Is Right,” among others, is executive producer.