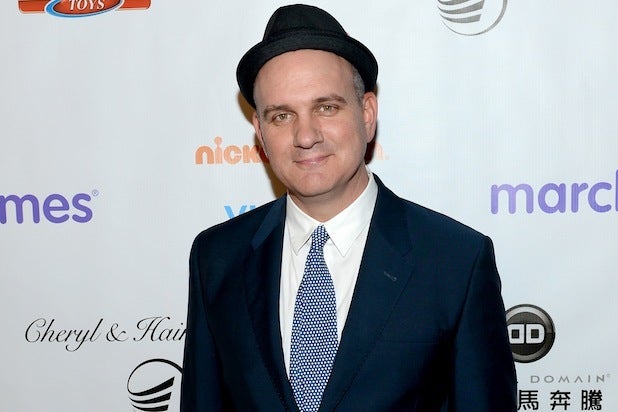 Mike O’Malley‘s “Survivor’s Remorse” is a television show about basketball — minus the actual basketball.

The series follows Cam Calloway (played by Jessie T. Usher), a basketball player whose life is forever changed when he signs a multi-million dollar contract with an Atlanta team. O’Malley is the creator and writer of the Starz Network’s original series.

An Emmy contender for a drama or comedy series, O’Malley spoke to TheWrap about his favorite moments from the first season and what he’s looking forward to in Season 2.

What was the toughest scene to shoot last season?
The most difficult was a scene where, in Episode 3, one of our characters punches out another. It was very precise. All of them were in the kitchen at once and everyone had to really be in sync, because we were playing a lot of it on wide shots. The music of the dialogue, along with the technical aspects of the stunts, really had to flow.

What was your favorite scene?
It was a scene with Kevin Chapman, who plays an official at a sports arena, with RonReaco Lee … trying to get him to do a big favor. The interchange of all those guys together was a lot of fun to write and a lot of fun to watch. Chapman, who is a great character actor on “Person of Interest,” came in as a favor to me and did an episode.

Let’s say someone has never seen an episode of “Survivor’s Remorse.” What would you say to persuade them to watch it?
It’s the best show on television.

Who, out of everyone on your cast, deserves an Emmy and why?
Tichina Arnold is portraying a very unique mother on this show. She has to be firm, yet affectionate. Very tender and maternal, yet forceful. Balancing those things constantly, while also tackling certain material fearlessly, has been pretty amazing to watch. She’s a fearless actress.

If you could add a new category to the Emmys, whether serious or silly, what would it be and why?
Best half-hour on Starz that plays on Saturday night.

What can you tell us about Season 2, which premieres on August 22?
We have some tremendous actors who have joined our cast this year, in addition to our regular cast. Chris Bauer is coming back to do four episodes, playing Jimmy Flaherty, the owner of the team. LeBron James is doing an episode. I’m flying to Cleveland tonight, because we’re going to shoot LeBron in the show. This is a season about our characters dealing with the mistakes they make in their own life. It’s not necessarily society or the media creating problems for them. It’s their own choices as they begin to navigate their way through fame and fortune … how they try to come out the other end being better people.

You previously starred on a number of shows, including as Burt Hummel on “Glee.” Will you be starring on your show this season?
I’m hoping we get Chris Bauer back for next season. If not, I will cast myself as his idiot brother who’s taking over the team. I’m waiting to see how the season continues before I write myself a part.

What does it mean to have LeBron as your Executive Producer?
He, of course, has a very optimistic point of view, in terms of what it means to be a professional athlete. Our show is really about a family and how a family connects and grows and relates to one another in the midst of this giant shadow of responsibility that an athlete feels to a city and to a team. Obviously, LeBron relates very well to that. Professional athletes are, in any given city, the heroes. They are the villains in other cities. LeBron has been great at giving us some perspective as to what that’s like. His job is a professional basketball player — I don’t want to make it seem like he’s in the writers’ room with us. He certainly has creative influence on what is authentic, what is accurate, what is real, what a professional athlete goes through, some of the challenges that he’s gone through. But these are not stories based on his life, these are completely fictional stories. These are fake stories about fake people.

“Survivor’s Remorse” returns to Starz for its second season on August 22 at 9:30 p.m. EST/PST.