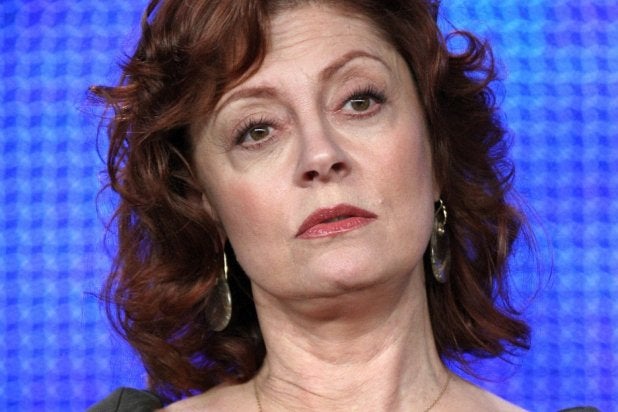 Susan Sarandon has filed suit against her former business and investment manager for breaching his fiduciary and professional duties. She alleges that Richard Franchis, of Francis & Nachshon, LLP, recommended investments in which he or his sons had  financial interest. Both Francis and Francis & Nachshon, LLP are named as defendants in the lawsuit.

The suit further claims that Francis misrepresented the investments, like advising that she could sell at anytime without limitation, and that he failed to diversify her investment portfolio.

Instead, he allegedly put the majority of her assets into those real estate partnerships that he controlled and had a financial interest in.

The suit alleges that he convinced Sarandon to invest in his real estate ventures because he needed capital to fund the acquisition of the property, but that he concealed the truth of this from her. According to the court filing, her investments earned Francis millions of dollars.

She wasn’t made aware of the conflict of interest, or the true nature of her investments, until after she terminated her relationship with Francis in 2013, and subsequently wanted to sell her interests in some of the investments, according to the suit.

As the investments were allegedly illiquid at this point, the document states it was at this time Francis came clean, disclosing the challenges she would face if she were to sell, and that she would have to do so substantially below market value.

Sarandon is suing to recover the damages she allegedly incurred because of Francis’ breaches of his fiduciary and professional duties. She is demanding a jury trial, and seeking compensatory damages, suit costs, pre-judgment and post-judgment interest, and further relief as deemed just and proper by the court.

The lawsuit also lists Mother’s Milk, LLC as a co-plaintiff. While the initial investments were made in Sarandon’s name, the actress transferred ownership of some of them to Mother’s Milk, LLC. Plaintiffs are represented by Andrew Baum and Craig Marcus of Glaser Weil Fink Jacobs Howard Avchen & Shapiro LLP.